Mayotte, the French archipelago located in the Indian Ocean has been hit hard by the second wave of the pandemic — with the South African variant, in particular, wreaking havoc.

The incidence rate is currently 800 cases per 100,000 inhabitants — by far the highest in France.

And yet, the remoteness of this department 8000 km from Paris increases the feeling of isolation — even abandonment.

Estelle Youssoufa, the president of the Citizens' Collective of Mayotte, shared her stance on the perceived lack of attention or assistance provided by France.

"We are living through drama because we see entire families being decimated, old people disappearing, but we also have the feeling of being completely forgotten by Paris.

"We have never had any visits from Minister Véran, for example, who is running behind the cameras all over the metropolis saying that he is helping the weakest. Well, we in Mayotte are the weakest. We are dropping like flies, and the members of the government are not rushing to come to our rescue, far from it.

"We can't just let a French population die in oblivion, in anonymity. We have the impression of being completely invisible as if our lives were worthless."

Mayotte's only hospital in Mamoudzou is overwhelmed.
It has 36 beds in intensive care for the entire population of the archipelago, i.e 450,000 people. All are occupied by Covid-19 patients.

And as the influx of patients is not slowing down, medical evacuations are organised to Reunion Island.

Not to mention all the other patients, for whom operations have been taken off previously-programmed schedules. In addition, there is the issue of a lack of oxygen and insufficient medical staff...

Two days ago, the state organised the transport of a civil security team to set up a field hospital.

"When we saw that there was a large quantity of Covid cases on the islands of Mayotte and Réunion and that the hospital in Mamoudzou was really under tension, we offered our help to come and relieve the hospital in Grande Terre to receive all the Covid and non-Covid emergencies."

In an attempt to stop the spread of the pandemic, Mayotte has been on lockdown since early February and is scheduled to extend for two more weeks.

Travel control on the island will also be tightened. Motorists, in particular, have been targeted but now even pedestrians will require a certificate to travel. The failure to produce one could result in a fine of 135 euros.

Although the imposed lockdown is a move to remedy the health crisis, the sanitary measure has posed an economic problem — as a large part of the island's inhabitants are unable to continue business as usual.

As such, the lockdown restrictions are making the already dire situation in the country even more complicated.

Mayotte officially began its vaccination programme on 25 January but it has been slow to roll out.

On the island that has a population of 270,000, there have been over 16,000 infections and 98 deaths reported since March 2020, according to the World Health Organization. 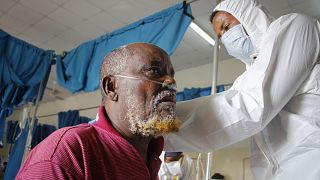 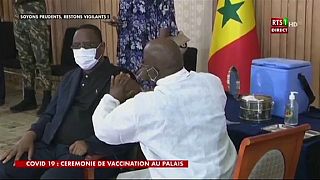