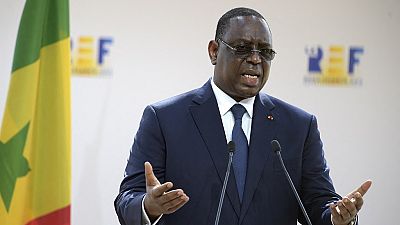 Senegalese President Macky Sall has warned that his country and others in West Africa must prepare for a jihadist push into the Atlantic from the neighboring Sahel.

On Tuesday, Sall advocated a vigorous attitude towards jihadists, with a strong position to refuse dialogue with them, he said in an interview with French Radio station, RFI.

Senegal, has long followed the situation on its borders with Mauritania bordering to its north and Mali to the east, the epicenter of jihadist violence spreading across the Sahel.

The West African nation is one of the main contributors of personnel to the UN mission in Mali (MINUSMA). In February, Senegalese justice officials charged and imprisoned four men arrested in a town on the border with Mali as members of a support cell for one of the main armed jihadist groups operating in Mali, affiliated with al-Qaeda.

"So whether it's Senegal or the other coastal countries that are the last bastion, we have to be prepared to enter the battle," Sall said.

The new Malian government is determined to dialogue with some jihadists, as the debate for negotiations takes place in neighboring Burkina Faso. Meanwhile, French President Emmanuel Macron has affirmed his willingness to "decapitate" the organizations affiliated with Al Qaeda in the Sahel. The Senegalese president said he is "against a discussion with terrorists".

Macly Sall, like other African leaders and MINUSMA, advocates for a more offensive mission to be placed under Chapter 7 of the UN Charter. This would allow the use of force in the event of a threat to peace or an act of aggression.

"You keep the peace when there is a peace to keep; when you face jihadists, terrorists, there is no peace to keep, you have to fight," he said.