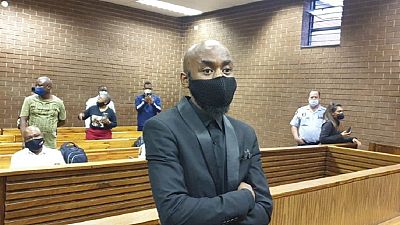 A boyfriend of a pregnant 28- year old woman in South Africa, has been charged with her murder, according to local media reports.

Ntuthuko Ntokozo Shoba, who is the father of Tshegofatso Pule’s deceased child, appeared for the first time in the Roodepoort Magistrate’s Court Monday, dressed in a sleek black suit and was seen in shackles at the ankles.

According to News24, the family of the slain 28-year old said they knew of her relationship with the accused, but were clueless that Shoba, 32, was engaged to someone else.

The 32-year is accused of planning the murder of Pule and paying the killer, sparking protests against violence against women in the Southern African nation.

Shoba was arrested at his Florida home on West Rand Thursday evening. Since then he had been charged with Pule’s murder.

Last week, one Muzikayise Malephane, 31, pleaded guilty to killing Pule. During his plea argument, Malephane told the court that Shoba was the brain behind Pule’s murder because ‘’ he did not want his wife to find out about the unborn baby’’.

In June last year, Pule had gone to see Shoba in his Florida home. According to the family, Pule had told them Shoba was her boyfriend and that he had asked her to come over so they could go and buy clothes for the baby.

They reportedly had an argument and Shoba later called a taxi for her. The car that arrived to pick Pule up was driven by Malephane, his plea said.

On June 5, Pule’s body was found hanging from a tree in Roodeport’s Durban Deep, also on the West Rand. She was 8 months pregnant at the time.

Shoba was arrested last week and jailed for 20 years. His hearing for a bail request has been postponed to March 01, 2021. 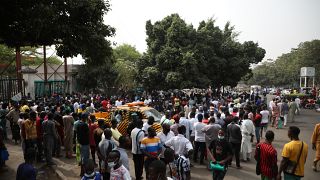