Mr. Sama Lukonde Kyenge, 43, was until Monday the General Director of the state mining company Gécamines (General Quarries and Mines), the country's mining flagship project, a position to which he was appointed by Tshisekedi in June 2019.

Lukonde was also once a sports minister and a former party member of the ex-Katanga governor and wealthy businessman Moïse Katumbi. He had switched allegiance from Katumbi to Tshisedi led the party in 2018.

Mr. Katumbi, who has in turn supported Mr. Tshisekedi in recent months, welcomed the appointment of the new Prime Minister: "I wish him every success in his duties, among which peace and security for all Congolese remain the major challenge of government action."

The largest country in sub-Saharan Africa with a turbulent political history, the DRC experienced its first peaceful transition at the top of the state on January 24, 2019, when former President Kabila handed over power to former opponent Felix Tshisekedi, who was declared the winner of the controversial presidential election of December 2018.

Tshisekedi then led the country in coalition with Kabila's party, the Front Commun pour le Congo (FCC), which won the majority in parliament in legislative elections held on the same day as the presidential election.

The simmering crisis within the coalition erupted after the controversial appointment of three judges to the Constitutional Court by the head of state in July, followed by their swearing-in in October.

President Félix Tshisekedi and his two new allies still do not agree on the appointments of several heads of major institutions, following the end of the alliance between him and former president Joseph Kabila.

Tshisekedi now hopes to form a new majority in parliament by winning over members of Kabila’s coalition. 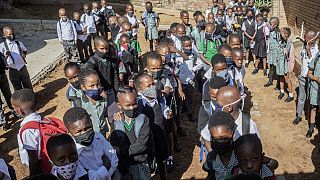