After 13 years, the joint United Nations/African Union peace mission to the Darfur region came to an end on December 31st. Since then over 200 people died in just three days, in what has been described as another episode of inter-communal violence. Many fear with international forces gone, the situation could worsen in the coming months.

Tancrède Chambraud: What is the cause of this episode of intercommunal violence in Darfur?

Maiwen Ngalueth : The episode of violence that we see today in Darfur is not something new in itself. It's it's very much a continuation to what has been happening in this region for quite some time right now. As we know, the conflict is reducing now with the peace process, where most of the non-state armed groups in the region have actually joined the government in Khartum.

But at the other level, there is also the element of the communal violence that cannot be separated from the political dynamics in the region. These dynamics, of course, continue to create tensions in the region and to lead to this kind of bloody conflict that we see.

Tancrède Chambraud: Is the current situation in some way a legacy of former Sudanese ruler Omar al-Bashir’s policies in the state of Darfur?

Maiwen Ngalueth : For us, as Geneva Call, what we can definitely confirm, what we see on the ground is that the situation hasn't changed so much when it comes to protection of civilians, even if there's a political will in the in the current government to enhance the protection of civilians on the ground. The peace process that is happening in the country has not stopped violence.

And what we are here for is to support the efforts of the government and the international community now that the United Nations mission is out of the region, to support these efforts and try to enhance the capacity of the authorities. Whether it's government authorities or non-state armed groups, to ensure the protection of civilians. Under no situation should civilians be targeted.

Tancrède Chambraud: With the joint United Nations/African Union peace mission’s withdrawal, the Sudanese security forces will take over responsibility for the protection of civilians in the area. But will they have the capacity to do so ?

Maiwen Ngalueth : We can see today, it's not an easy task. And even in situations where you have a stable and strong peace process, you always have issues of protection of civilians.

With the people that we meet here in Khartoum we see a real political will. Whether it is from the government side or from the non-state groups that have signed a peace process, we see a genuine will to enhance the protection of civilians in the area.

What we see also on the other side is that the needs are much more than the available resources. And that's why Genva call is here. That's why the international community should be part of the process to support the local authorities, support the people of Darfur, in ensuring a proper and intense protection for all civilians in the region.

Tancrède Chambraud: Can we stay optimistic regarding the international mobilisation for peace in Darfur?

Maiwen Ngalueth : It's a turning point for the country, and this is not a situation that can be taken for granted in a country like Sudan where conflict has been raging on, I would say, for the past 30 years. What would be bigger is the protection of civilians. Take into consideration the fact that the new United Nations mission, doesn't have a protection of civilians component. This is a huge gap. This is why organisations like Geneva Call and their presence in Sudan is very, very necessary. But I'm very hopeful on the dynamics that we see today, that things would move to the positive. 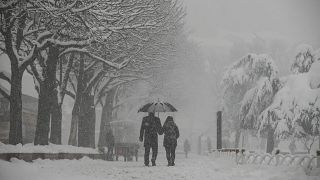