Not even twenty-four hours after a violent MAGA mob stormed Capitol Hill in a chaotic rage — outgoing United States president Trump -appears to have finally accepted electoral defeat as he stated in a tweet on Thursday that there “will be an orderly transition on January 20th.”

The incumbent head of state also expressed his total disagreement with the presidential election outcome in the familiar spirit of his still unfounded allegations of electoral fraud and proclaimed his time in office as the greatest first term in the history of the country.

A Stain on US Democracy

His begrudged concession comes after President-elect Joe Biden’s victory in the November election was certified by Congress the evening before in spite of the havoc.

For many, yesterday’s undemocratic disorderly conduct exposed the depth of the political and even national division within the United States. 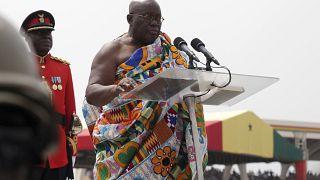