Ugandan musician-turned-politician Robert Kyagulanyi, aka Bobi Wine, has promised to protest 'any illegalities and any irregularities' relating to the election on January 14th

Wine has repeatedly been detained by Ugandan police in the pretext of going against the Covid-19 regulations during his mega campaign rallies.

Bobi Wine alleged that the incumbent President Yoweri Museveni is already seemingly rigging the elections and further asked Ugandans to stand up against such malpractices.

Wine, who has campaigned on a platform of ending Museveni's 35-year stranglehold on power in Uganda, has been arrested numerous times on the hustings and placed under house arrest for alleged breaches of electoral rules.

His rallies, which often draw huge crowds, have been broken up with tear gas, riot police and live rounds, and Wine has taken to wearing a bullet-proof vest and armoured helmet on the campaign trail.

In November, security forces shot and killed at least 54 people over two days for protesting against Wine's arrest, according to an official toll.

Museveni, who seized power at the head of a rebel army in 1986 and has ruled uninterrupted ever since, described most of those killed as rioters.

Opposition activists have complained that Museveni has been permitted to speak to large crowds without apparent breaches of coronavirus regulations, while similar rallies by Wine supporters have been violently shut down. 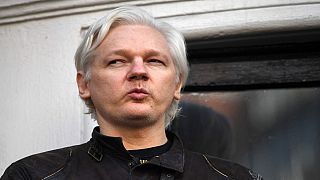