Two French soldiers died when their vehicle was hit by an improvised explosive device in Mali on Saturday morning, the French Ministry of Armed Forces announced in a press release.

The soldiers belong to 2nd regiment of hussars of Haguenau: Sergeant Yvonne Huynh and the second is Brigadier Loïc Risser. A third soldier was wounded but his life is not in danger.

The death of the two soldiers now bring to 50, the total number of French soldier who have died since the operation Barkane was launched in August 2014.

On Monday, three other French soldiers were killed when their armoured vehicle was hit by an improvised explosive device in Northern Mali

France has more than 5,000 troops in a force called Barkhane in West Africa to help fight extremist groups.

Islamic extremist rebels were forced from power in northern Mali after a 2013 French-led military operation, but regrouped in the desert and now launch frequent attacks on the Malian army and its allies. 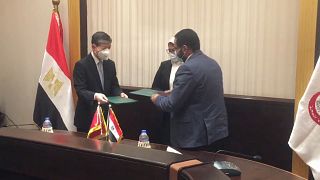