And So the Coronavirus Vaccinations Begin

Vaccinations against COVID-19 with a Russian produced vaccine on an experimental basis began on Wednesday at a centre in Conakry, Guinea.

Government officials were the first to receive the Sputnik V vaccine at a vaccination centre in Conakry.

Moscow announced the registration of Sputnik V back in August after it had completed just the second phase of trials on under 100 volunteers, raising concerns from scientists among the international community.

"We have ordered 2 million doses (from Russia) to be able to vaccinate vulnerable people and we have also placed orders in the People's Republic of China, all that in order to show the commitment of the government to go onto the offensive to use this latest strategy that served us well during the Ebola (outbreak)."

Doctor Keita was among those who were administered the injection.

The National Agency for Health Safety also communicated that the country will assess whether to extend the vaccinations to other regions after the pilot phase. 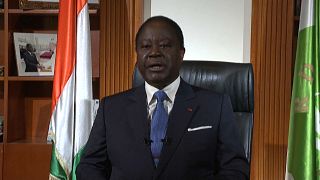