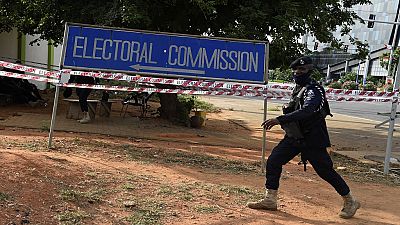 Over 17 million Ghanaians registered to participate in the December 2020 general elections.

The party is also contesting the presidential outcome.

According to official results by the Electoral Commission, EC; president Akufo-Addo emerged winner of the vote with over 51% of valid votes cast. All things being equal, he will be serving his second and final term as president.

Two days after the vote, December 9; the EC led by Jean Mensah declared the sitting president as the winner of the election, the announcement was strongly protested by the NDC, accusing the EC of refusing to address some key concerns that they had raised.

The final results were as follows:

The above statistics are however an amended declaration after the EC admitted quoting inaccurate figures on December 9. The new statement noted that the EC chair ‘inadvertently’ used total votes cast instead of total valid votes cast to make her earlier declaration.

“This does not change the percentages slated for each candidate and the declaration made by the Chairperson,” an EC statement of December 10 clarified.

Barely hours after the close of polls, the NDC called a press conference and announced that it had won 140 seats in parliament by their own projections. The now-famous ‘flipped’ constituencies presser meant that the party was projecting a majority of seats in the legislature.

Whiles the NPP admitted making a poor showing in the parliamentary race, it also insisted that at worst, it will take a slim majority in the legislature per its own computation.

Eventually, when the EC posted official results, the NDC’s tally was put at 136 as against the NPP’s 137. One independent candidate secured a seat (Fomena) whiles one result remained inconclusive (Sene North). The NDC was declared winners of the seat after a court-ordered recount.

The sole independent candidate, a former member of the ruling New Patriotic Party, NPP; has reportedly rejoined the party; signaling that the party now has 138 seats - technically a majority in the 275 seat parliament.

Analysts had earlier on projected the likelihood of Ghana having an opposition-controlled legislature for the first time under the 1992 constitution.

One school of thought averred that it will make the work of the executive extremely difficult while others saw it as an avenue for increased cooperation and compromise between the two key arms of the government machinery.

To go to court or not?

The courts are the main avenue for settling electoral disputes. The NDC has signalled that it will challenge particular parliamentary seats it strongly believes it had won.

In the case of the presidential vote, the party has yet to give a clear on the redress avenue that it will pursue.

But adopting the legal route will not be entirely new in the annals of Ghana’s post-electoral history.

In 2012, president Akufo-Addo filed an election petition case when he lost polls to John Mahama. A Supreme Court panel ruled in favour of the then-president but made categorical orders for electoral reforms.

The NDC has also vowed nationwide protests which the police have warned remain illegal insofar as the necessary procedures are not followed in line with the public order act.

Observers – local and international – have become a mainstay of Ghana’s electoral process.

ECOWAS, the AU, EU and Commonwealth have always deployed teams to observe elections in the country.

The biggest local observer mission, the Coalition of Domestic Election Observers, CODEO, declared that the EC’s results were in line with its Parallel Voter Tabulation, PVT, tallies.

CODEO has since 2008 used the PVT system to track results by the EC.

Other international missions that observed the vote gave good reviews of the overall electoral system. The AU for instance wrote in its preliminary report thus: “The AUEOM commends the people of Ghana and all stakeholders for holding an orderly and peaceful election under a challenging COVID-19 context.”

For their part, the EUEOM said: “Voting was conducted in a generally peaceful atmosphere and voting procedures were mostly followed…” It however expressed concerns in the area of results collation in places it deployed team members.

“Collation process was less well organized and less transparent often due to a lack of detailed procedures, inadequate facilities and the filling in of result forms.”

The NDC and other groups are however insisting that the current tampering of votes was effected at the collation centers. That said, the party has been derided for failing to release its independent collation of results.

This was the eighth successive election since 1992. The previous seven have produced five presidents to date. But there have been only two parties that have managed to win the presidency.

From the date of gazetting of results by the EC, the NDC has 21-days to decide whether to go to court over the presidential outcome. Ghana Fact, a fact-checking platform reported on December 16 the results had been gazetted.

Unlike the 2012 petition that lasted eight months, amendments to the electoral laws launched, in November 2020 indicate that future petitions will have 42 working days to be concluded.

Only a presidential aspirant can file a petition against the EC and eventual winner of the vote. 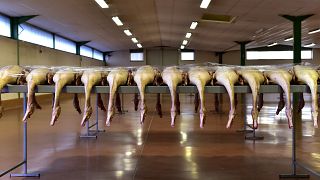