Officials with Zambia's Electoral Commission have been holding voter registration drives in an effort to register over 16,000 inmates across the country's prisons ahead of the presidential elections scheduled for August 2021.

Flackson Mtonga, an inmate at Lusaka Central Correctional Facility, is happy to be able to exercise his right to vote as a Zambian citizen, "I am so grateful for what the government has done for us. Since 1964, this has never happened, but as for today or this time, the government has just thought of joining hands with us who are inmates, people who are rejected in society of nations. They have thought of us so that we can take part in voting. So we are very thankful as inmates."

The decision to conduct the inmate voter registration exercise has received backlash — including from some opposition political parties and civil society groupings who view it as a waste of time and resources.

Sylvia Bwalya, the spokeswoman for the Electoral Commission of Zambia, outlined the outcome of the initiative, "The commission is very happy for both the turnout for the voter registration exercise, generally, the turnout that we have had, and also the response from persons in lawful custody. As we have at the end of the initial period of voter registration, for persons in lawful custody, the commission managed to capture over 11,000."

The electoral commission spokeswoman also added that around 11,000 people in lawful custody had been processed for voting at the end of the initial registration period. 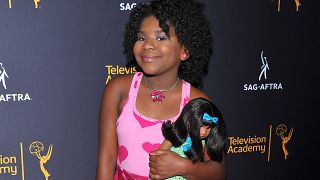