"We are behind what happened in Katsina," Boko Haram leader Abubakar Shekau said in an audio message posted by the Nigerian news portal HumAngle.

"What happened in Katsina was done to promote Islam and discourage non-Islamic practices, as Western education is not the kind of education allowed by Allah and His Holy Prophet," Shekau said.

According to HumAngle, Boko Haram's announcement makes the abduction of the pupils the group's first major operation in northwest Nigeria, as it has in the past mostly restricted its operations to the northeast of the country.

In the past, insecurity in the northwest was often limited to ambushes of security agents and small-scale kidnappings for ransom.

Katsina Governor Aminu Bello Masari met yesterday with Nigerian President Muhammadu Buhari in Daura City, Katsina State, to discuss the incident, according to a statement issued by the spokesman for the state's head, Garba Shehu.

The governor "said that the kidnappers had established contact and that they were already discussing security and the return (of the students) to their homes," the official note indicated, without specifying who the perpetrators were, stressing a "constant progress" to rescue them "unharmed.

However, sources at Boko Haram assured HumAngle that no demands have been made or conditions set for the release of the students.

Parents of the missing students have asked authorities to intensify efforts to ensure that their children are rescued as soon as possible.

Authorities initially attributed the event to armed bandits, who often operate in Katsina and other northwestern states.

On social networks, some Nigerians use the label #BringBackOurBoys, in a clear allusion to the international campaign "Bring Back Our Girls" used after the kidnapping in 2014 of 276 children from a boarding school in Chibok, northeast Nigeria, by Boko Haram. 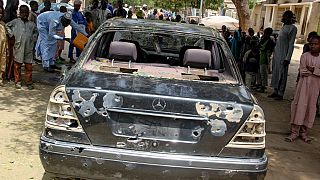