Campaigning has started in the Central African Republic's tense presidential vote on December 27.

Although it has been quiet in the capital Bangui, it is a different story in the provinces.

On Sunday, some candidates braved the threats in the central city of Bria, which is marred by armed violence.

Africanews went there and witnessed the scenes of cheers and dancing as a large crowd made up of several hundred fighters and internally displaced people showed their support for two young candidates.

"Everything is happening amicably, in peace and in social cohesion. People came from PK3 from Bornou and from Bogolo and from the center they are united for the campaign," said Wilfred.

Armed groups still control much of the landlocked country despite a peace agreement signed almost two years ago and one in four people are either internally displaced or living as refugees in neighbouring countries.

The presidential and legislative election is already tense.

UN-sanctioned former leader François Bozizé is trying to run again. He was exiled for six years after he was ousted by rebels but returned in late 2019.

But supporters of the incumbent president, Faustin-Archange Touadéra, say he can't run as he was not in the country for 12 months after he submitted his application, which is required by law.

Protests have already broken out over the situation.

The election will be the second since fighting broke out in 2013 following the coup when the mostly Muslim Séléka rebel alliance that overthrew Bozizé fought the mostly Christian and the anti-Balaka militia, which the ex-president is accused of creating. 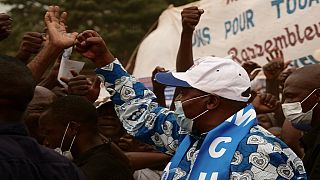 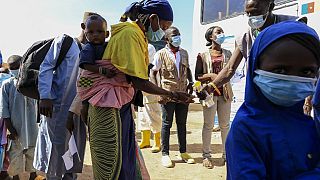 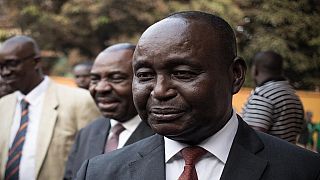