Egypt has received its first shipment of a Chinese coronavirus vaccine, which was tested in the United Arab Emirates and is said to be 86% effective.

The shipment from Chinese state-owned pharmaceutical giant Sinopharm landed at Cairo's international airport from the UAE late on Thursday.

Health minister Hala Zayed and diplomats from China and the UAE were at the airport to greet the shipment.

Egypt, the Arab world's most populous country, has seen a rise in infections in recent weeks amid warnings by the government about a second wave.

The government plans to first vaccinate health care workers, particularly those who deal with COVID-19 cases.

They are to receive two doses of the vaccine over 21 days.

The Sinopharm vaccine has been approved for emergency use in a few countries and the company is still conducting late-stage clinical trials in 10 nations.

Sinopharm's vaccine relies on a killed virus, similar to how polio immunisations work.

Vaccines being developed by Western companies, like the Pfizer/BioNTech shot, target the virus' spike protein using Ribonucleic acid, or RNA. 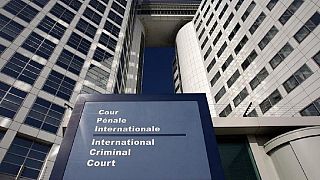