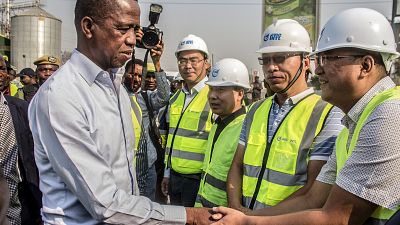 Zambia has begun negotiations for financial support from the International Monetary Fund, the IMF announced in statement.

The announcement comes at a time when the Zambian economy has been plummeting due to years of crisis.

Drought, difficulties in the mining sector, and rising debt had pushed the country to adopt austerity measures in order to cope with the situation.

But, the covid-19 pandemic has contributed to increase in decline of the Southern African country's economy.

On November 3, the country became the first African country to default on its international debt since the start of the pandemic.

The copper-producing country failed to make the $42.5 million in interest payments expected by investors on its three Eurobonds in mid- October. It also failed to honor payments as at the end of the grace period.

In 2017, Zambia begun negotiations to obtain a financing agreement of $1.3 billion from the IMF. But the Fund rejected the request several times.