There has never been a second round in Ghanaian elections and the two parties have handed over power peacefully seven times since the return of democracy more than 30 years ago.

"I'm feeling fine, happy that the process is going well and peacefully," the 76-year-old Akufo-Addo said.

"It’s too early to make an assessment, but I understand there have been a few hitches," Mahama said.

A few polling stations opened late and isolated cases of ballot tampering were reported by the electoral commission but there were no major incidents across the country's 38,000 polling stations.

The stability in Ghana contrasts with that of other countries in the region, with deadly unrest this year in Guinea and Ivory Coast.

EU's chief observer Javier Nart told AFP that in Ghana "it's not the Kalashnikov that commands, it is the ballot box."

The two major parties have always pursued their grievances through the courts.

To ensure its continued tradition of peaceful polls, Akufo-Addo and Mahama on Friday signed a symbolic peace pact.

"The one thing we think is worth laying emphasis on is the overall message by the major contesters that peace matters," former South African president and current head of the African Union observer mission, Kgalema Petrus Motlanthe told AFP.

"There are lessons to be picked up, good practices to be shared with other African Union members."

The coronavirus pandemic has posed a challenge in this year's election, with 10,000 more polling stations than usual set up for the nation's 17 million registered voters.

Hand sanitisers were made available for voters, who underwent temperature checks before being let into polling stations. 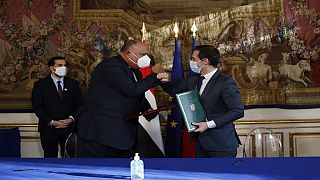 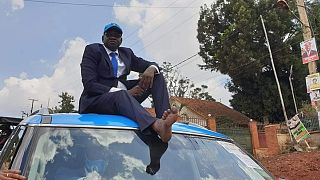