The Most Famous Oysters in Morocco

Oualidia, famous for its lagoon where shellfish are farmed, it is known as the oyster capital of Morocco. Local producers have been cultivating oysters in the area since the 1950s and people from all over pass through the city just to get a taste of their reputably unique flavour.

Chaib gushes, "It's impossible to come to Oualidia without eating oysters, there are several people who come here for example every two weeks only to eat oysters." Abdelaali shares the same sentiment, “The taste of Oualidia oysters is very special. Even the price is reasonable for all consumers."

Around 24 tons of six-month-old juvenile old oysters — known as spat, are imported from France each year. They are then placed on breeding tables and undergo an immersion period in the local lagoon for half a year before being sorted according to size, organised onto racks or into bags.

Each rack can hold 200 to 300 small oysters or 120 to 150 larger ones and the shellfish will sit in the water for up to three years before being thoroughly cleaned by way of farm machines.

Afterwhich the oysters further sit in large basins of water from 48 to 96 hours during the necessary filtering stage to further reassure sterility for safe consumption.

Abdeljabbar Hassoune, the head of oyster production at Saidi Oyster Farm, explains how the locally-produced oysters come to have such a unique and now-famous flavour, "The characteristics of the lagoon that contribute to the quality and special taste of Oualidia oysters compared to other oysters of Morocco, are fresh water, fertile soil and abundant minerals. This gives a special colour and a special and fresh taste of oysters compared to other places."

A Thriving Market Both at Home and Abroad

Once the shellfish have undergone all the necessary preparations and are ready for public consumption, they are sent out shipping with around 40 tons exported abroad each year in Morocco and 60 kept for the domestic market.

Hassoune outlines the lucrative oyster production business activity, "We have a market in Moroccan cities, we have local distributors and then we export to Europe, especially to Russia, where we export four to five tons of oysters every month."

There are now 17 active farms in Oualidia and Dakhla that employ more than 200 people. 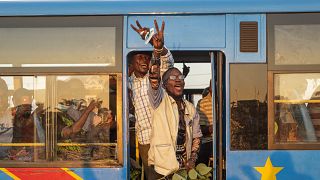