Ivory Coast is gearing up for Saturday's presidential election but the campaign has been "lackluster", one electoral observer told Africanews.

Of the four candidates cleared to run by the Constitutional Court, only two have been out on the streets campaigning: incumbent President Alassane Ouattara and the independent candidate Kouadio Konan Bertin.

Opposition leaders Pascal Affi N'Guessa and Henri Konan Bédié have called for a boycott of the election as they say amendments introduced in 2016, allowing Ouattara to run for a third term are unconstitutional.

"It’s a very lackluster campaign. We haven't really seen an enormous amount of campaign activity like this happening all the time," he told Africanews.

Africanews' Yannick Djanhoun, speaking from Abidjan said, It has been a "strange campaign, without any real demonstration of political force."

The government wants to reassure voters the poll will happen and 35,000 security forces will be on standby to ensure post-election violence seen in 2010 and 2011 does not repeat.

The contested presidential result back then claimed more than 3,000 lives after the former president, Laurent Gbagbo, declared victory in the second round, as did his main challenger, Alassane Ouattara.

Violence has also flared since Ouattara announced his candidacy for this year's election, sparking fears of instability in the country, which is the world's top cocoa producer. 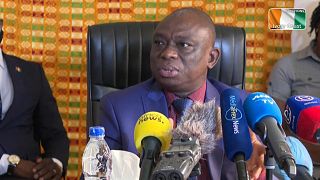 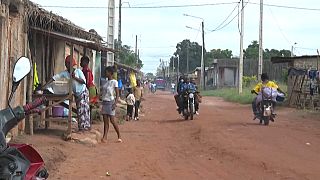