NIGERIAN YOUTH WILL NOT BE SILENCED BY POLICE BRUTALITY

Steve Dede: At about 7.15 or 7.30 pm yesterday, we started hearing reports on how some military men, officers came there and opened fire on protesters. I was not there. A couple of us were not there but we got to watch it live from a DJ, Dj Switch, she was doing a live of the events on Instagram yesterday. And about 135,000 people were live as I was watching. And on that live I saw someone who was shot and they were trying to remove the bullets from the person's head. So this thing happened, it's not allegedly or anything of that sort. Since yesterday I've spoken to about ten different people when doing my report at Pulse, who confirmed the incident, who were there, who have been in the hospital you know.

Babajide Sanwo-Olu, Lagos state governor paid a visit to the wounded protestors at the hospital and demanded that an investigation be opened.

However, trust between Nigerian youth and their institutions seems to have reached its breaking point.

As the African Union and other regional organisations have yet to react, Steve relays what he believes is the message of the Nigerian youth to officials.

Steve Dede: Our message to them is do something. You can't just sit down and watch. We understand that the president of the country is friends with the other heads of states and they form the African Union so that's why it's difficult to talk about it but we have to keep keeping ourselves accountable to one another. That's the only thing that can make this continent great. Look at what the EU is doing, look at other unions do around the world. The African Union has to come together and set personal relationships aside and look at the common goal that is, what would make the continent better and start looking at it.

Instead of thwarting the revolution, the Lekki toll gate shooting set ablaze a louder call for an uprising.

Steve Dede: What we do know is that a lot of people are waiting for the curfew to end so that they would go back on the streets because they have to protest. The Nigerian police is still not reformed, there is still brutality, a lot of officers are yet to be arrested, they've not been caught for the crimes they have committed. The things we asked for which is compensation for the victims of police brutality is still not happening so there is still a lot to protest for. So people are just waiting for the curfew to end before going back on the streets. 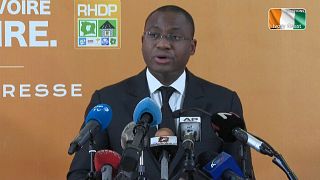 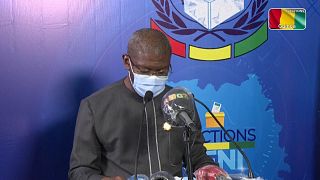 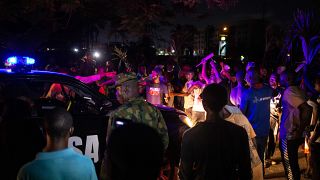