The United States White House grounds in Washington DC saw hundreds gathered on Saturday — both local residents and from out of state, for President Donald Trump’s first public event since testing positive for Covid-19 several days prior.

This came after an earlier rally that day on the Ellipse organised by black American conservative activist Candance Owens as some non-white citizens who once typically voted for the left democratic party are now declaring their exit to support the right republican party and its candidate.

Emilia German who works in dentistry and is from Boston shared her take, "Emilia German: Basically, we are Black, Latino, just minorities leaving the Democratic Party. We always supported it for all our lives because …. We're conditioned and indoctrinated to so. But now we are free thinkers, so the right side is what it is."

Jessica Brown, a business owner from Atlanta, fully supports the current president, "As a Black Asian American, I really appreciate that he has funded our Historically Black Colleges and Universities, more than any president ever. I appreciate that he's listening to leaders in the Black communities and minority communities that really are engaging to say, 'This is what we need."

Following the Civil Rights movement, black Americans have consistently voted for the Democratic party since acquiring the legal right to vote 40 years ago and only 6% of them voted for Trump in 2016.

The current political division within the community is attributed to a challenged two-party system with both parties historically leaving black people in the United States marginalised. 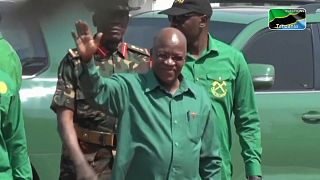 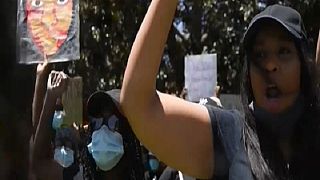