Senegal and the sporting world has been shaken after the former head of the world athletics body, Lamine Diack, was found guilty of corruption by a Paris court.

Residents in Dakar alleged racism and said Wednesday's verdict by a Paris court was unjust.

"As a Senegalese, I think it was an injustice to condemn him. African people are tired because if Lamine Diack was a white person, he would not be sued, arrested," said Cheriphe Toure.

"It is not normal, he is a Senegalese, he is about 80 years old and they want to put him in prison, he is tired. The trial (against Diack) is not a real trial, it's just politics."

Lamine, an 87-year-old Senegalese, was charged for his role in a scheme that allowed Russian athletes to pay bribes to keep competing when they should have been suspended for doping after they paid bribes.

Prosecutors said Diack solicited $5.5 million in bribes and paid off other officials at the International Association of Athletics Federations (IAAF) to help with the cover-up.

The court handed Diack a four-year prison sentence, two years of which are suspended and a fine of $590,000.

He was also ordered to pay €5 million in damages to World Athletics (formerly IAAF) with his son and co-accused, Papa Massata Diack.

From 1999-2015 Diack was the head of the IAAF and was influential in the world of Olympic sports.

Diack's lawyers said they would appeal the verdict.

"I think if the law is valid in France, it will be overturned because it's really unfair," Abdoulaye Diagne, Coordinator of the support committee for Lamine Diack. 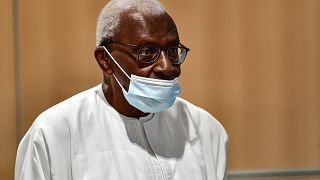 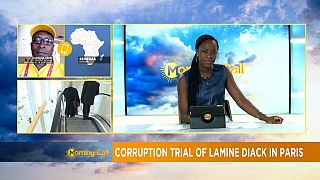 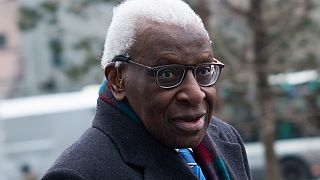