Hooves thundering against the sands of the vast Tih plateau in the Sinai desert, Egypt as more than 500 mechanical jockey-clad and jersey-wearing camels completing a 2 km race were vibrantly cheered on by their traditionally clad spectators in jalabiyas and headdresses riding alongside the sporting event n SUVs — and thrilled to be able to once again partake in this cherished cultural heritage after a 6-month hiatus in light of the covid-19 pandemic.

The competition "is training for the international race, which should take place in October in Sharm el-Sheikh," Saleh al-Muzaini, head of the Nuweiba camel club, told AFP.

Camel racing is a popular traditional sport in many Arab countries, most notably in the Gulf region. And in Egypt, Bedouins of the South Sinai desert have kept up the tradition. To the Bedouins, the race is a way of keeping a traditional heritage alive.

Saleh el-Muzaini, shared the cultural perspective on the sport, "This race is considered as an ancestral heritage and we are trying to preserve and renew it to hand it over from one generation to the next. This race has been going on for 100 years."

The sporting event had been suspended in March following the onset of the coronavirus global health crisis in line with the strict sanitary regulations — which included the banning of large gatherings, to prevent contagion.

Camel races — which are typically held every two or three months, often attract large audiences of tourists, visitors and Bedouins to the middle of the Sinai desert. An unideal situation as far as social distancing guidelines are concerned. Hence, after six months of imposed suspension of the sport, authorities only just gave the official go-ahead to resume racing competitions only last weekend.

Hassan Sallam, sheikh of the Alegat tribe which organises the sporting event, "Coronavirus has affected us economically, the losses of the Bedouins, and specifically the owners of camels, are no less than 15 million Egyptian pounds (nearly 820K Euro), for the reason that the one who receives the prize is the one who does the trading, therefore coronavirus has impacted South of Sinai."

Suspending the races amounted to severe financial losses for camel owners who still had to cover food — with camel costing up to 2,000 Egyptian pounds monthly to feed, training and health expenses for their animals.

According to Sheikh Hassan, many camel owners lost around 10 and 15 million Egyptian pounds (between around 527,00 and 820,000 euros ) over the six-month suspension alone.

Egypt has so far registered over 100,000 coronavirus cases, and more than 5,500 fatalities. 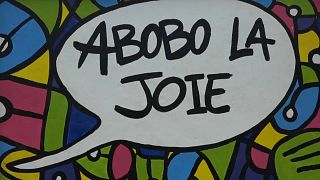