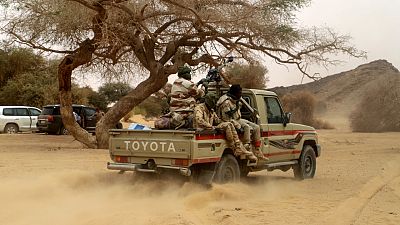 Soldiers in Niger executed dozens of civilians during the counterinsurgency campaign against jihadists earlier this year, a probe has reported.

The country has suffered years of conflict with Islamic militants operating in the Sahel, with thousands of soldiers and civilians killed to date.

“There have indeed been executions of unarmed civilians and the mission discovered at least 71 bodies in six mass graves,” said Abdoulaye Seydou, the president of the Pan-African Network for Peace, Democracy and Development, which participated in the probe, on Friday

The National Commission for Human Rights was investigating reports that 102 civilians had gone missing in the Inates zone in the western Tillaberi region between March 27 and April 2 after an army operation.

The report was published on Friday.

Soldiers in Niger and neighbouring countries Mali and Burkina Faso are battling a growing Islamist insurgency in the Sahel.

But soldiers have been accused of extrajudicial killings and other abuses.

Amnesty International reported in June that the armies of Niger, Mali and Burkina Faso had been responsible for nearly 200 disappearances over a few months.

There has been no response from the government over the allegations.