Colonel Assimi Goita, presented himself as the head of the National Committee for the Salvation of the People (CNSP) at a meeting with the Malian government’s top civil servants in Bamako on Wednesday.

"I am Colonel Assimi Goita, the president of the CNSP," he told the press after appearing on national television on Tuesday night alongside other soldiers without speaking. He considered that his country was "in a situation of socio-political and security crisis" and had "no more right to make mistakes."

This declaration that comes after the ousting of the now ex-president, Ibrahim Boubacar Keita — who is still in detention along with the former prime minister, Boubou Cisse, at a military base in Kati.

The military coup event has left the June 5 Movement - Rally of Patriotic Forces (M5-RFP) opposition coalition elated — as they claim the coup, that saw to the presidential resignation they had been demanding for months, was a victory. The M5-RFP also expressed their willingness to cooperate on the civil political transition with the junta.

The African Union and The Economic Community of West African States (ECOWAS) — which futilely attempted to resolve the crisis for months, both suspended Mali’s membership.

Algeria, which shares a 1,400 km border with Mali and has played an important role in peace talks in the country, "reiterates its firm rejection of any unconstitutional change of government."

Another Maghreb partner country of Mali, Morocco, called for a "peaceful civil transition, allowing a rapid and controlled return to constitutional order."

In addition, many others in the international community condemn the perceived unconstitutional shift — demanding the immediate release of the arrested leaders and the "return to the rule of law." Their main resounding stance is that the stability of the region and the fight against terrorism must remain top priorities. 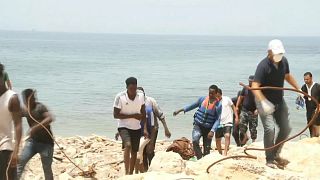 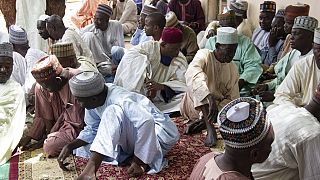