Shipwrecked on the Mauritian coastline of Pointe d'Esny late July, Wakashio, the vessel carrying just under 4,000 tonnes of oil and 200 tonnes of diesel which has already been spilling its contents from the ship’s hold over the last several days; threatened to break in two on Sunday.

Mauritian Prime Minister, Pravind Jugnauth, shared his fears with the media, "The cracks had deepened. The situation is even worse.” S similar sentiment echoed by Vassen Kauppaymuthoo, an oceanographer and environmental engineer, "I think it is already too late. If the ship breaks in two, the situation will be out of control."

Local Volunteers on the Scene

On Sunday evening, the small nation in the Indian Ocean was preparing for the worst. Thousands of local mask-clad and glove-wearing volunteers flocked out to aid Intervention teams collecting waste, and weaving hemp and cloth booms in at attempt to contain the oil - and in spite of turbulent water conditions hampering their efforts as the fear of a potentially even greater ecological disaster permeated the scene.

"People have realised that they have to take matters into their own hands to protect the fauna and flora," Ashok Subron, an environmental activist who arrived from the nearby city of Mahébourg, told AFP.

According to satellite images, the slick has already begun to drift towards the coast, fuelled by strong winds and currents. Greenpeace Africa senior climate and energy campaign manager, Happy Khambule, seemed appalled by the situation, "Our position is that it is as a result of our own addiction to oil because this oil wasn't even going to Mauritius, it was going to Brazil from China. And now the people who need to deal with it are Africans, Mauritian."

On Saturday, a French naval vessel and a plane with experts on board left for Mauritius from Reunion Island. Japan, for its part, announced the sending of a team of six experts to work alongside the French and local relief efforts.

Located on the south-east coast of the island, the reef - currently under oily attack, is an ecological jewel known for its internationally classified conservation sites, turquoise waters and protected wetlands. Mauritius is known for having the most beautiful coral reefs in the world and is a sanctuary for rare and endemic fauna. Its 1.3 million inhabitants are economically dependent on its turquoise waters for food production and tourism. 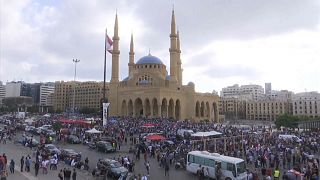 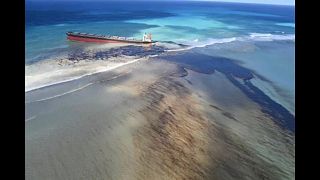 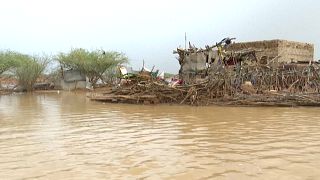