Aged 18, Indian celebrity Priyanka Chopra was crowned Miss World in the 2000 pageant. It was to mark the start of a glittering career which has since seen her act, sing, write and mentor young performers.

In recent years, Time magazine named her one of the100 Most Influential People in the World, whilst Forbes listed her amongst the World’s 100 Most Powerful Women.

With tens of movie credits to her name, she’s become one of the Hindi film industry’s most popular on-screen stars.

However, she modestly describes herself as, “an artist and dreamer”, with a couple of Hollywood flicks under her belt.

When asked about the comparisons between the US and Hindi film industries, Chopra made a timely observation.

“The machinery is the same, you’ve got to be on set,” she told Inspire Middle East’s Rebecca McLaughlin-Eastham. “The big difference, the glaring difference for me, was how much on time people are in Hollywood. It’s a little bit different than us back in India. It’s called ‘Indian Standard Time’ for a reason.”

The actress admits to loving aspects of both Bollywood and Hollywood, even though she feels like something of a newcomer in Los Angeles, compared to her home market.

“I’m just starting out my journey in Hollywood, I’m just a couple of years old, just a few movies old,” she says. “Whereas I’ve had almost 20 years in Bollywood and have worked in almost sixty movies there. So, it’s an unfair comparison a little bit.”

Chopra’s bread-and-butter roles have so far come from India’s prolific film industry, but acting in Middle Eastern movie productions, even in Arabic, isn’t something she’s ruling out.

“I would love to, but I don’t speak the language. Damn!” she jokingly remarked. “But no, I think that I would love to be a part of the film industry anywhere. I love my job and I would learn a new language if I had to.”

Social media is an important communication channel for Chopra, who has more than 54 million followers on Instagram. 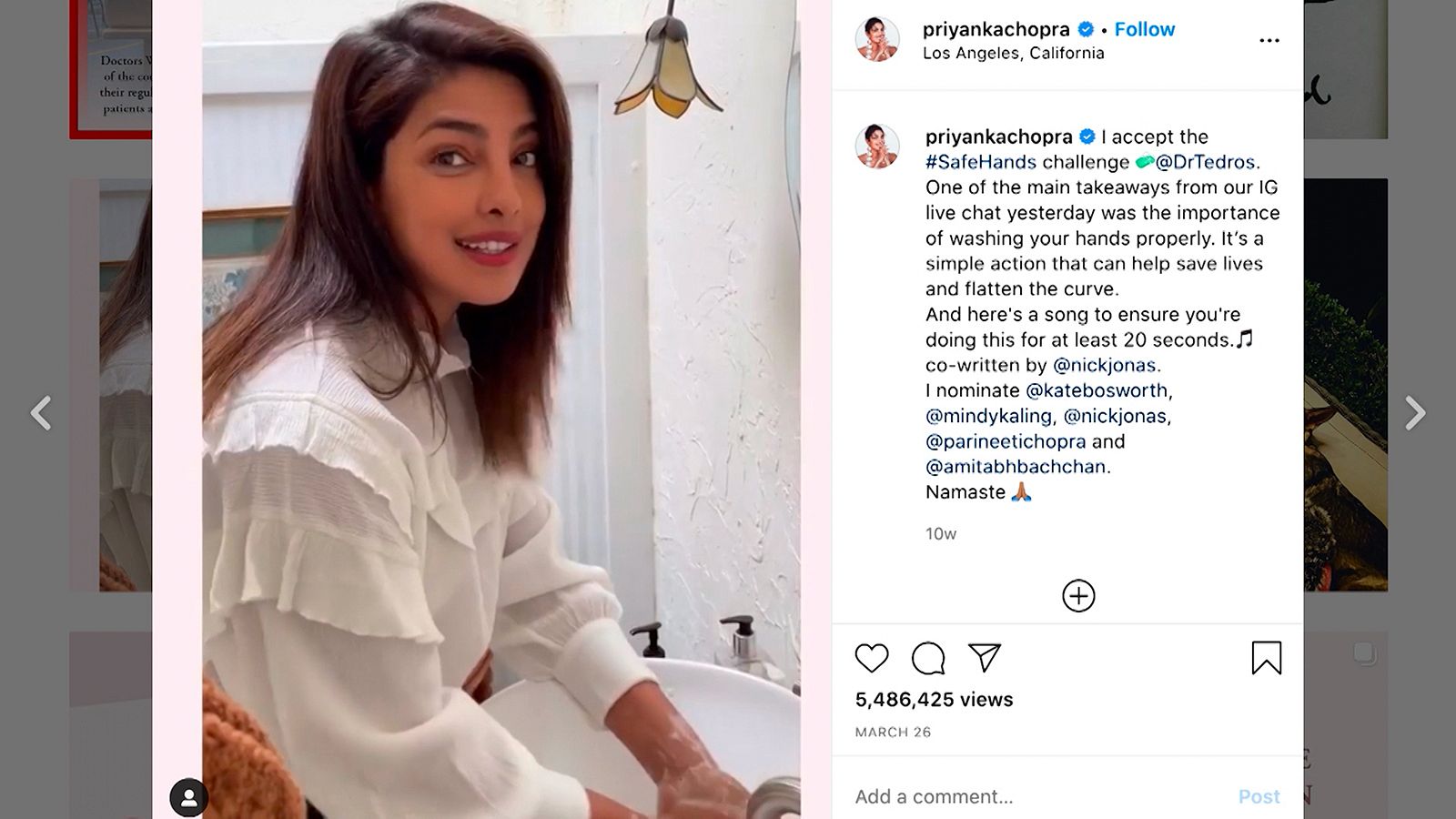 The actress, who is asthmatic, used the platform to share doctor’s advice to limit the spread of COVID-19 at the start of the pandemic, as she undertook the WHO’s handwash challenge.

Chopra says she doesn’t underestimate the power her words have and feels humbled that her online audience is listening.

“I feel extremely grateful and blessed that I have something to say, that people want to hear,” she told Euronews. “Or that people find me curious enough, through my work, to have gotten to know me as a person as well, not just what I play.

A huge amount of media interest was sparked by Chopra’s marriage to 27-year-old American singer and actor Nick Jonas in 2018.

The 37-year-old star says that whilst they value their privacy, they understand the public interest comes with their respective jobs.

“It’s the nature of the beast as we believe, and we’ve both chosen very public professions,” Chopra muses. “I distinctively choose what I like to share with the world and what I don’t like to share always remains private to me.” 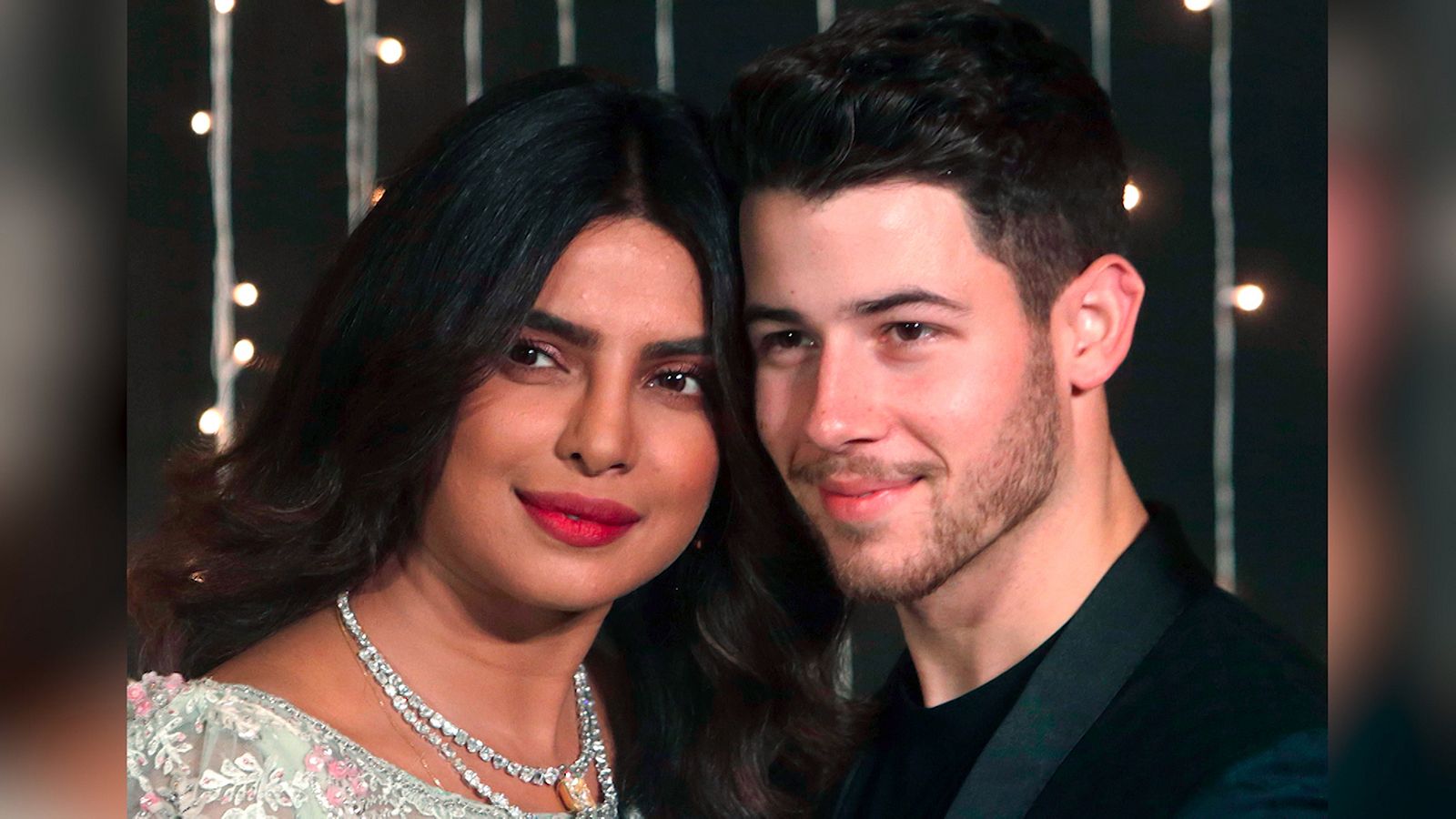 Chopra has a busy couple of years ahead, not least with upcoming film projects including the Matrix 4. She’s also working on an unscripted series about the colourful, music-filled, Indian pre-marriage ceremony ‘sangeet’, with her husband Jonas.

“I’m going to start filming for my new series for Amazon which is being produced by the Russo brothers, and I have a romantic comedy that I’m doing. It’s actually a buddy comedy with Mindy Kaling,” says Chopra. “After that, I’m developing a show with my husband, which is, again, for Amazon. It’s based on an Indian tradition of sangeet. There’s lots of things, I’m writing a book. There’s many, many things that are happening right now.”

In the meantime, and whilst Chopra and her famous hubby remain self-isolated together in the United States, they’ve promised to continually communicate with their fans.

All of which would seem to suggest that this dynamic duo, won’t be saying goodbye to social media or the spotlight, anytime soon.

Palestinian filmmaker Omar says he hopes to tell “stories of love and humanity” through cinema.