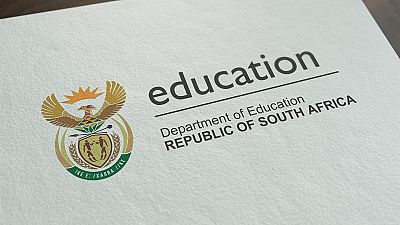 <p><strong>Children in South Africa began returning to classrooms on Monday as part of a gradual loosening of restrictions imposed under a months-long <span class="caps">COVID</span>-19 lockdown in the continent’s most industrialised nation.</strong></p> <p>The re-opening of schools had been delayed after teachers’ unions urged school staff to defy the government order last week, saying schools lacked sufficient health and hygiene measures to keep educators and pupils safe.</p> <p>South Africa has counted nearly 50,000 cases of the new coronavirus – the most of any country in sub-Saharan Africa – along with almost 1,000 deaths.</p> <p>Basic Education Minister Angie Motshekga said on Sunday that ramped up efforts to equip schools over the past week meant that 95% of South Africa’s primary and secondary schools were now able to host classes. </p> <p>“The golden rule is there will be no school that will resume if not ready to do so,” Motshekga said.</p> <p>The government will find alternative arrangements for pupils at schools unable to open on Monday, she said.</p> <p>Initially, only pupils in grades 7 and 12 will return to class, with other years phased in gradually.</p> <p>Many of South Africa’s government schools are in poor shape, particularly in rural areas, and analysts say that a quarter of them have no running water, making hand-washing nearly impossible.</p> <p>Others have been vandalised or hit by arson attacks during a nationwide lockdown imposed by the government in March.</p> <p>Government officials, however, worry further delaying a return to classrooms would mean a generation of school children risks losing a key part of their education, and the future opportunities it brings.</p> <p>The shutdown has exposed deep divisions – between black and white, rich and poor – that persist in South Africa’s education system a quarter century after the end of minority white rule. </p> <p><strong><em>Agencies</em></strong></p>

The golden rule is there will be no school that will resume if not ready to do so.