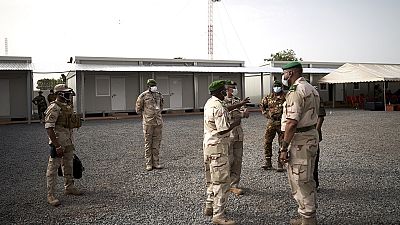 <p>Soldiers from Mali, Burkina Faso and Niger engaged in the fight against jihadists in the central Sahel have been accused of increasingly abusing local populations. </p> <p>The allegations will feature on the agenda of the UN Security Council on Friday.</p> <p>“Peace and Security in Africa”: the theme of the meeting organized by the Security Council is broad, but one of the main topics expected “will be the accusations of human rights violations by the armies of the Sahel,” a diplomat in Bamako said.</p> <p>The concern has been insistently expressed for several months, at the same time as the denunciation of jihadist actions and intercommunity violence.</p> <p>At the beginning of April, the UN mission in Mali (Minusma) denounced the “multiplication” of misdeeds attributed to the national armies.</p> <p>The UN counted 101 extrajudicial executions carried out by the Malian army between January and March, and about 30 others by the Niger army on Malian soil.</p> <p>“These figures, names and circumstances have been documented,” said Guillaume Ngefa, director of the <span class="caps">UNMIN</span>’s human rights division.</p> <p>Twelve people arrested for complicity with the jihadists died in gendarmerie cells in eastern Burkina Faso, in mid-May. Relatives and <span class="caps">NGO</span>s say they were civilians, summarily shot. The justice system said it has promised investigations.</p> <p><strong>Excesses “here and there”</strong></p> <p>In Niger, 102 people were reportedly killed by the army in the western region of Tillabéri, according to a list of missing persons circulated in April. The defence ministry said an investigation would be launched, while praising the “professionalism” of the troops.</p> <p>Human rights organizations are publishing lists of names and photos, each time deploring the disappearance of those concerned after the passage of soldiers. The majority of the disappeared are Fulani, who are willingly assimilated to accomplices of the jihadists.</p> <p>“We can make reports, denounce the fact that so many Fulani have been killed and thrown down a well, or show the world a mass grave, but nothing is done about it afterwards,” said an official of ‘Des peuls du Mali’ Tabital Pulaaku, which operates on condition of anonymity.</p> <p>“It is undeniable that some ‘Peul’ have taken the path of jihadism, but it is naive to reduce jihadism to a single ethnic group,” Tabital Pulaaku president Abou Sow told the press. </p> <p>Sahelian governments have always stood united behind their armies, which, often under-equipped and under-trained, pay a heavy price in the fight against jihadism.</p> <p>“The governments of our countries do not encourage human rights violations,” Mali’s foreign ministry Tiébilé Dramé said on Wednesday.</p> <p>Dramé plans to explain to the Security Council on Friday “the precise and concrete measures that have been taken to correct the excesses that have been observed here and there.</p> <p><span class="caps">AFP</span></p>