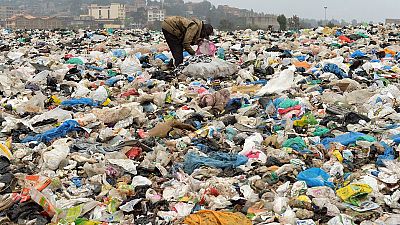 Kenya will from Friday ban all single-use plastics – such as water bottles and straws – in its national parks, beaches, forests and other protected areas.

Announced a year ago, the coming into force of this measure was confirmed by the country’s Minister of Tourism, Najib Balala, in a letter sent to industrialists last week.

Three years after the ban on plastic bags – one of the strictest in the world – the new measure comes into effect on World Environment Day, Friday.

“This ban is again a first to address the catastrophic plastic pollution affecting Kenya and the world, and we hope it will catalyze similar policies and measures within the East African community,” the minister said in a statement on Friday.

Prior to the coronavirus outbreak, Kenya used to receive two million tourists a year, attracted by the beautiful beaches of the Indian Ocean and the discovery of the “Big Five” – the five emblematic animals of the savannah.

The ban was hailed by environmental activist Dipesh Pabari, initiator of the first sailboat made entirely of recycled plastic, which in 2019 toured the Kenyan and Tanzanian coasts to raise awareness about plastic pollution.

“We have seen the catastrophic effects that single-use plastics have on our ecosystems and communities,” Mr Pabari said in a statement.

“And now, in the age of the pandemic, we have a front row seat to see what happens when we destroy our planet,” he added.

As in many parts of the world, where plastic bottles, corks, straws and other plastic lids are made to be used only once and then thrown away, Kenya is affected by plastic pollution, which in addition to altering the landscape, can smother turtles, livestock or birds.

The United Nations Environment Programme (UNEP) estimates that more than 8.3 billion tonnes of plastic have been produced globally since the early 1950s, with some 60% of this volume ending up in landfills or in the environment.