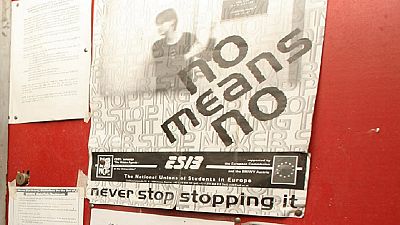 #JusticeForUwa has been trending in Nigeria after the grisly murder of a university student who was studying in a church in southwestern Edo State.

Vera Uwaila Omozuwa, a female microbiology student of the University of Benin (UNIBEN), Edo, was found lying in a pool of blood at a parish of the Redeemed Christian Church of God, RCCG.

She had apparently gone to the premises to study ahead of resumption of academic activities. Local media reports say her murderers – still at large – attacked and raped her in the church after knocking her unconscious, they add that her head was smashed with a fire extinguisher.

As a church, we are deeply touched and condemn in absolute terms this evil visited on an innocent girl as we have equally condemned any act of violence and abuse against women.

The church confirmed that the deceased had collected keys to the parish on Wednesday May 27, 2020 “as she had been doing since the lockdown began, for use for her private educational studies.

“On the said date, when the night guard at the church resumed duties a little after 7 pm, he found the lady on the floor in the church hall half-naked and in a pool of her blood,” a statement on Sunday said.

The Church statement condemned the action and joined calls for swift probe. “As a church, we are deeply touched and condemn in absolute terms this evil visited on an innocent girl as we have equally condemned any act of violence and abuse against women.

“We’re consulting the appropriate authorities to ensure that an extensive investigation is carried out in line with the position already expressed by the Governor of Edo State, Godwin Obaseki. The culprit(s) face the full weight of the law and justice is done regardless of who is involved,” the statement added.

A statement by state governor Obaseki over the weekend read: “I’ve ordered the Nigeria Police Force to thoroughly investigate the circumstances that led to the death of Miss Vera Uwaila Omozuwa, a 100-level student of the UNIBEN.

“The police have been mandated to identify, arrest, and prosecute anyone found culpable in her death. The Violence Against Persons (VAP) Law is in effect in our state.

“Using this law, we would ensure to investigate what exactly transpired and deal decisively with those found complicit in the dastardly act, whoever they might be.”

In Edo, there are protests demanding justice for the deceased , a lot of which has cascaded into anti-rape calls largely on social media. From politicians to showbiz personalities, Twitter is awash with calls for justice and support for women.

Protesters clad in black, most of them wearing face masks as part of coronavirus protocols besieged the premises of the Edo State police command headquarters demanding action be taken swiftly.

“As a people, we have to work to create safe spaces for our girls and women – in our homes, at work and in our places of worship – free from any and all sorts of sexual violation. And I say this not just because I’m a #girldad but because it is the right thing to do.

“I strongly appeal to our law enforcement agencies to leave no stone uncovered in finding the perpetrators of this heinous act and bringing them to justice,” former Senate president Bukola Saraki said in a Twitter post.

Leader of the RCCG, Patsor Adeboye in a tweet on Sunday evening said: “All I can do at this time is to pray for the family of Omozuwa and do everything possible working with relevant authorities to bring the perpetrators to book.

“I and members of my Family condemn this act strongly and urge everyone to stay calm as we are already looking into the matter and cooperating with the police to establish the facts of the shocking incident.”

The reports of the rape and murder of a 22 year old undergraduate of the University of Benin, Uwa Omozuwa, in a Church in Benin City are extremely shocking. Such savagery has no place in the Nigerian society.#JusticeForUwa

More power to everyone in Benin City who’s taking the protests beyond social media to the actual streets ✊?#JusticeForUwa #JusticeForJennifer

Please Join the protest and Lend your voices!!!
WOMEN ARE SAYING ENOUGH IS ENOUGH!!!
We are tired of getting raped and killed!!!#SayNoToRape#JusticeForUwa pic.twitter.com/jWPF0SUiHV

If you are a rapist and you see this, you should be ashamed of yourself and know that one day you will pay for your barbaric crimes. Rape apologists too and those that know a rapist and is protecting them. SHAME ON YOU. #saynotorape #JusticeforUwa #JusticeforTina #WeAreTired pic.twitter.com/f7GaVxd1Jb