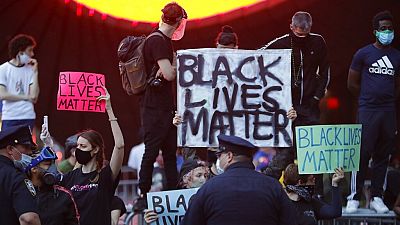 All four officers involved in the Minneapolis killing of an African-American man, have been fired according to the Minnesota authorities.

The FBI have also opened deep investigations into the killing reports say. George Floyd died Monday night after a lengthy tackle on the ground by a police officer.

Anger and indignation marred the streets of Minneapolis, in the aftermath of the killing.

“If you are a human being, you must be outraged by what happened yesterday. You must demand that it never happen again. If you are a police officer, you should never let something like that happen,” the civil rights activist added.

A viral footage showed the 46-year-old deceased, whose neck is pinned to the ground by an officer’s knee, repeatedly complained of not being able to breathe. He dies a few minutes later.
The police, who had been called in on a counterfeiting case, say he resisted arrest.