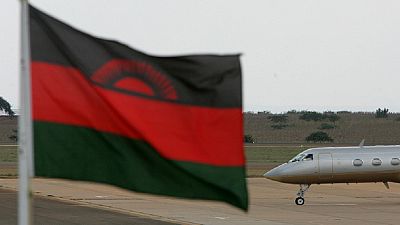 The privately-owned Nation newspaper in Malawi have reported that a COVID-19 patient escaped from a treatment center and travelled to another part of a district at a point using a drinking bar.

The report said the incident happened at the Karonga District Hospital where a 27-year-old patient on Saturday escaped from his isolation room, evading the security systems.

“After escaping on Saturday, he went to Chilambiro, but when we followed up twice, and even on the second occasion when we went with police, the community was uncooperative.

“They lied to us that he had gone back to Tanzania. But now we have information that he is in Nkhata Bay which is his home of origin,” David Sibale, a senior health official of the Karonga district told the press.

An official of the hospital where he escaped said they had officially transferred the patient to his home in his village from where he will be receiving treatment. He admitted that they had retrieved him from a bar and were aggressively pursuing contact tracing.

A worried Minister of Health Jappie Mhango, expressed surprise with the escape, stressing that current laws catered for such behaviour which endangered public health.

“I am still grappling with the puzzle on how he escaped. I have since instituted investigations to find out what exactly happened for the patient to escape,” he said in Mzuzu on Tuesday.

Malawi case statistics as of May 13:

Health workers have threatened a fresh industrial action to protest government’s decision to effect a 30 percent tax on their risk allowances relating to the novel coronavirus (Covid-19) pandemic. https://t.co/GYpPn2bYkx

A High Court in Malawi has ordered government to restrain from implementing a lockdown aimed to help curb the spread of coronavirus in the southern African country.

President Peter Mutharika imposed the 21-day measure earlier this week but the announcement was met by protests in parts of the country.

With barely 24-hours for the measure to take effect, a civil society group, Human Rights Defenders Coalition (HRDC) applied for an injunction against the lockdown at the High Court in Lilongwe.

HRDC Chairperson Gift Trapence confirmed to the Nation newspaper on Friday that the injunction against the 21 day lockdown has been granted.

The restraining order is granted for 7 days and inter-parties hearing on the case is set for on 24th April 2020. Malawi’s coronavirus stats as of May 18 are as follows:

Malawi president Peter Mutharika on Thursday confirmed that the country had recorded three cases of COVID-19. They are the first recorded cases in the southern African country.

Local news outlets report that the President made the announcement in a Special Address to the Nation. The address carried by the state-owned MBCTV lasted one minute and 23 seconds.

The president disclosed that all three cases were confirmed in Lilongwe. Mutharika said one of the patients is a 63-year-old who had recently travelled to India. The other two are her relation and her domestic worker.

A week ago, Mutharika declared a state of national disaster over the pandemic which continues to spread across the continent. With Malawi officially becoming the 50th African country to be infected, there are four countries uninfected – Lesotho, Comoros, South Sudan and Sao Tome and Principe.