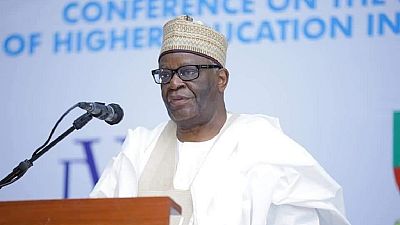 President Muhammadu Buhari has named a new chief of staff in the person of Professor Ibrahim Gambari, who comes from the southwestern Kwara State.

The official announcement confirmed reports on Tuesday that the former diplomat was in line to succeed Abbya Kyari who succumbed to COVID-19 in April.

The announcement was made by Boss Mustapha, Secretary to the Government of the Federation at the first virtual Federal Executive Council, FEC, meeting held today at the presidency in Abuja as various minister joined in.

FEC meetings have been suspended since March 27 when government announced the closure of all borders with a view to contain spread of the coronavirus.

The new chief of staff has had a diplomatic distinguished career he was Minister of External Affairs (1984-1985) and subsequently Ambassador / Permanent Representative of Nigeria to the United Nations (1990-1999). 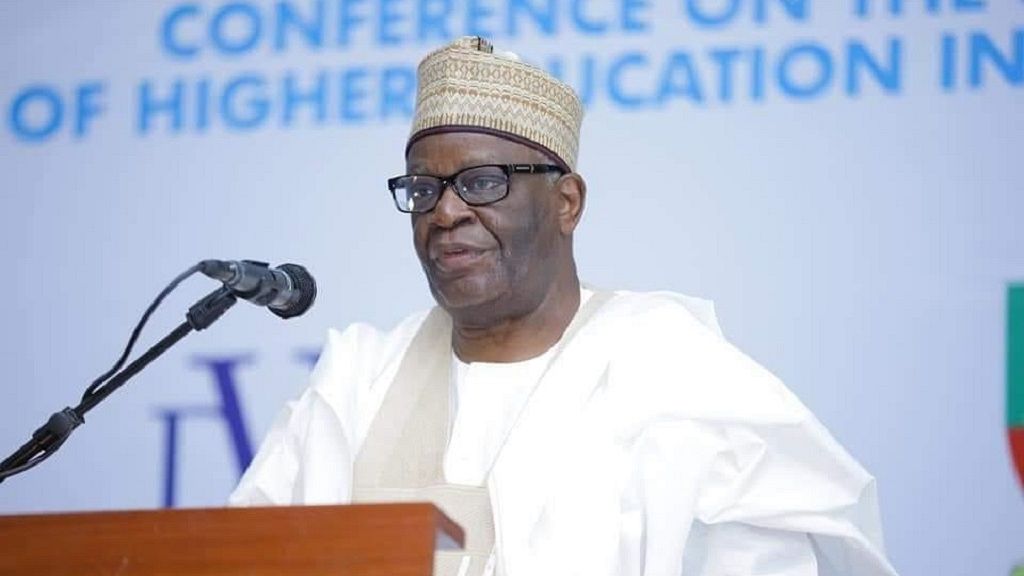 Office of the President – Role of Chief of Staff

The Office of the President and Commander-in-Chief of the Armed Forces is overseen by the Chief of Staff to the President. The current occupant of that position is Alhaji Abba Kyari,appointed August 27, 2015.

The Chief of Staff manages the President’s schedule and correspondence, and any other duties that may be assigned by the President.

The Office of the President comprises staff who perform the following functions: Administrative Duties, Protocol, Security and Media.

Remains of Kyari arrives in Abuja for private burial

The remains of the late chief of staff Mallam Abba Kyari was brought to the capital Abuja from Lagos on Saturday morning for a private burial. Presidential spokesman Garba Shehu confirmed that the receipt of remains of the former Chief of Staff in Abuja via a tweet.

He said the process was: “In strict observation of the protocol put in place for the burial of Coronavirus victims by the NCDC and the Federal Ministry of Health, the funeral prayer and burial will be private.

“Thereafter,there will be no such ceremonies as condolence visits. Well meaning friends, family members and the general public are encouraged to pray for the repose of Abba Kyari’s soul,” he added in another tweet.

A top aide to Nigerian president has died from COVID-19, the president’s spokesperson confirmed in the early hours of Saturday.

“The Presidency regrets to announce the passage of the Chief of Staff to the President, Mallam Abba Kyari. The deceased had tested positive to the ravaging COVID-19, and had been receiving treatment. But he died on Friday, April 17, 2020,” a statement from spokesman Garba Shehu read in part.

Abba Kyari, had been diagnosed with coronavirus which he is believed to have contracted whiles on official duty in Germany. He was transferred from the capital Abuja to Lagos for medical care.

A Reuters report of March 24 described Kyari, who is in his 70s, as “an important figure in President Muhammadu Buhari’s government and his illness could have ramifications for the running of the country.

“Kyari has a history of medical complications, including diabetes, and is the gatekeeper to the president. Many who wish to deal with Buhari must go through Kyari, including Nigeria’s top politicians and business owners.”

The report quoted Matthew Page, an associate fellow with the Africa Programme at Chatham House, labeling the deceased as the “lynchpin” of the Buhari government. “This has the potential to further slow down decision-making within top tiers of Nigerian government,” he said at the time.

The national tally as at 10:00 pm 17th April stood at 493 confirmed cases. Out of which fifty-one were new cases: the breakdown of which were as follows – 32 in Lagos, 6 in Kano, 5 in Kwara, two each in Oyo, FCT and Katsina, one each in Ogun and Ekiti.

There are 159 discharges and death toll stands at 17. Kano with today’s figures consolidates its third spot. The number of affected states still stands at 20 out of 36.