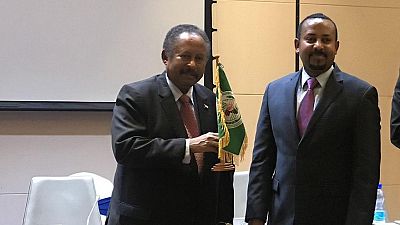 Sudan has appointed its first ambassador to Washington in 22 years.

In a statement issued Monday, the Sudanese foreign ministry said Washington has approved the appointment of Noureddine Sati. It’s a first since 1998.

Since that date, Sudan has been represented in the United States by a diplomat.

As an experienced diplomat, Sati has been stationed in Paris and at the United Nations, where he worked on peacekeeping in the Democratic Republic of the Congo and in Rwanda

In December 2019, during an official visit to Washington by the Sudanese Prime Minister Abdallah Hamdok, U.S Secretary of State, Mike Pompeo announced the appointment of an ambassador to Khartoum.

Relations between Khartoum and Washington deteriorated during the 30 year regime of President Omar al-Bashir. He was overthrown in April 2019 by a mass protest.

Despite lifting economic sanctions against Sudan in 2017, Khartoum is still on the U.S blacklist of states supporting terrorism. This continues to curb its prospects for investments in Sudan.