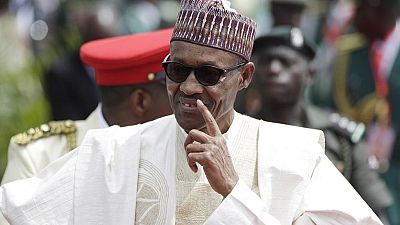 Nigerian President Muhammadu Buhari announced Monday evening a gradual easing of confinement measures in Africa’s most populous country from 4 May, but will impose a night curfew and the wearing of masks.

“I have decided to put in place gradual easing of lockdown measures,” he said in a much-anticipated television address.

“We will implement a curfew between 8 p.m. and 6 a.m.,” President Buhari said.

Inter-state borders will remain closed except for basic necessities (...). We will impose the wearing of masks in public places, as well as social distancing measures.

“Inter-state borders will remain closed except for basic necessities (…). We will impose the wearing of masks in public places, as well as social distancing measures,” the head of state added.

These new measures will not apply to the state of Kano, which in recent days has recorded a large number of “mysterious deaths” that are still being autopsied, according to local authorities.

The containment measures, imposed by the federal government in three states (Lagos, Abuja and Ogun) and applied in several other states by the governors, have led to severe social tensions in Nigeria, where the majority of the population depends on the informal economy for survival.

Many voices have been raised in sub-Saharan Africa to warn against measures that are not applicable in the economic and social context of the continent to the vast majority of the very poor population.

Nigeria had on Monday nearly 1,300 officially reported cases of coronavirus infection and 40 deaths, but many voices were raised to denounce the insignificant number of tests carried out in the most populous country in Africa with a population of 200 million.