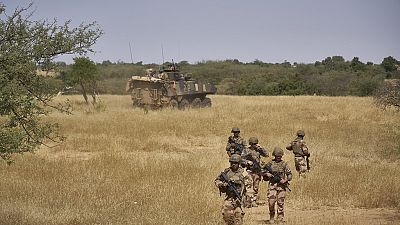 Burkina Faso’s security forces reportedly killed 31 unarmed men in the country’s north earlier this month, according to a report on Monday by Human Rights Watch.

The killings occurred on April 9, hours after the men were detained during a government counterterrorism operation in the town of Djibo in the Sahel region, the report said.

The West African nation continues to be wracked by violence linked to Islamic extremists and local defense militias, which has displaced nearly 840,000 people within Burkina Faso.

But committing atrocities in the name of security is both unlawful and deeply counterproductive, for it only pushes more and more people seeking revenge into the ranks of the armed terrorists.

The country’s military has been previously accused by rights groups of committing human rights atrocities in an attempt to combat the violence. Since 2017, Human Rights Watch has documented the killing of several hundred men by government security forces for their alleged support of extremist groups.

“But committing atrocities in the name of security is both unlawful and deeply counterproductive, for it only pushes more and more people seeking revenge into the ranks of the armed Islamists.”

The report’s writers interviewed 17 people with knowledge of the killings and found that all of the victims were ethnic Fulani. The Fulani have been increasingly targeted by the military and local defense militias for their alleged affiliation with Islamist groups.

Daouda Diallo, head of a Fulani rights group in Burkina Faso, said that attacks have increased significantly, from 20 per month last year to 20 per week this year. In March, armed men murdered at least 43 people in two villages in Yatenga province known to be largely populated by Fulani.

In a statement on Monday, the Ministry of Defense said that it doesn’t target its own people and that now more than ever success in ending the crisis depends on “the confidence and collaboration of local populations.”

The ministry said that if these allegations are true it will take action and noted that on April 10 it already requested that the director of military justice open an investigation into similar accusations against the army.

At a makeshift displacement site outside of Ouahigouya town just after the attacks in March, civilians told the AP that the attacks were carried out by the Koglweogo, a local defense group that has also been accused of ethnic targeting.

“In my 54 years I’ve never seen anything like it. I saw dead people, some who tried to prop themselves up against the wall and died,” said Boureima Tall, who survived the attack.

The father of five lost his nephew and had to rescue his 18-year-old son after he was shot in the leg by gunmen, he said. While he couldn’t confirm the attackers’ motive, he said none of the surrounding houses occupied by the Mossi ethnic group was hit.

Many Fulani are concerned that the government’s attempts to stem the violence will only make things worse. In January, the parliament approved legislation to arm civilian volunteers in the fight against extremism.

Now people are worried that more guns in people’s hands will mean more targeted attacks. Some Fulani have considered joining the volunteers, not to fight extremists but to protect themselves from other civilians.

“I’ll join because I’m afraid of what will come. Maybe those communities will turn on us,” said Amadi Ba, a resident of Hogore, a majority Fulani village. Koglweogo spokesman, Samir Abdoul Karim Ouedraogo denied that any ethnic killing was taking place. “Only terrorists are targeted,” he said.

As well as the escalating attacks, Burkina Faso is dealing with the rapid spread of the new coronavirus. The country is one of the hardest hit on the continent with 581 cases and 38 deaths as of Sunday. International observers are urging the government to hold people accountable and do more to get the country on track.

“If no action is taken, mistrust and resentment towards authorities will increase, furthering ethnic divisions, fueling communal violence and worsening the country’s already dire crisis,” said Flore Berger, a Sahel research analyst at the International Institute for Strategic Studies.