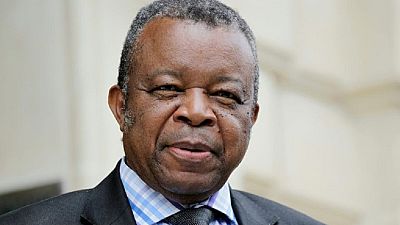 Few generals would choose to fight a war on two fronts, against a foe that is nearly invisible and at times seems to have the terrifying ability to surface anywhere.

Yet this is exactly the mission that Dr. Jean-Jacques Muyembe has taken upon himself, and at the age of 78.

One of the world’s most celebrated virologists, Muyembe has been leading a 20-month campaign against Ebola — a disease he helped discover 44 years ago — and steering DR Congo’s fight against coronavirus.

Muyembe is a “great expert in managing epidemics,” says Denis Mukwege, the gynaecologist who co-won the 2018 Nobel Peace for his work in helping women raped in eastern Democratic Republic of Congo.

In 2019, Muyembe took on the job of coordinating operations to quell an outbreak of Ebola in eastern DRC — the 10th in the country’s history. And when the coronavirus outbreak loomed last month, he was named by President Felix Tshisekedi as pointman on that crisis, too.

The tasks are daunting in a sprawling country the size of continental western Europe, two-thirds of whose population of 80 million live below the threshold of poverty.

The World Health Organization (WHO) had been hoping to declare an official end on Monday to an Ebola epidemic that has claimed 2,273 lives, the second highest in the history of the much-feared disease.

But the big announcement has been scrapped, as another case — a 26-year-old man — emerged just three days before the deadline.

The fight against Ebola has required relentless hard work on the ground. As the world is discovering with coronavirus, combatting an incurable contagious disease is all about dogged routine: of tracing, isolating and quarantining, and trying to protect those on the front line.

A modest, smiling man whose low-key outfits invariably include a checked shirt, Muyembe has known Ebola ever since the notorious haemorrhagic fever first surfaced.

“I have devoted all my life and all my career to fighting Ebola,” said Muyembe. The first encounter was in 1976, back when the DRC was called Zaire.

As a young virologist, educated at the University of Louvain in Belgium, he went to the northern region of Yambuku, near the Ebola River, to investigate a cluster of mysterious sicknesses and deaths. “We worked with our bare hands, without protective clothing,” he recalled.

“I took liver samples from two corpses, using a metal probe. If I hadn’t washed my hands, I would have been dead.” Muyembe took a special interest in one of the patients, a Belgian nun, whose blood was sent to the Institute of Tropical Medicine in Antwerp for testing.

Two samples were sent in test tubes in an ice-packed Thermos flask — the only equipment available at the time. One test tube broke, but the other survived, and delivered its precious sample intact. “It was from the sample taken from this nun, that Dr. Peter Piot isolated the Ebola virus for the first time,” says Muyembe.

Piot, a Belgian microbiologist who went on to become a titan in the fight against AIDS, later heaped praise on Muyembe, “a sleek and brilliant young Zairean professor of microbiology,” for his part in the discovery.

Muyembe’s dual combat these days has had moments of tension. At the peak of the Ebola crisis, he fell out with the then health minister, Dr. Oly Ilunga, for pushing for the use of a second experimental vaccine against the disease.

In the coronavirus pandemic, he has quickly sidelined Ilunga’s successor, Eteni Longondo, as the country’s front man.
Last week, he stepped into a media storm over the quest for a coronavirus vaccine.

“The vaccine will be produced either in the United States, Canada or China,” said Muyembe. “As for us, we are putting ourselves forward for carrying out trials here, in this country.”

His words fed a controversy that arose in France, where two French doctors discussed on TV whether to test a vaccine in Africa — a debate that unleashed accusations that Africans were being used as lab animals. Muyembe swiftly rowed back, insisting: “I am Congolese myself, and I would never let Congolese be used as guinea pigs.”