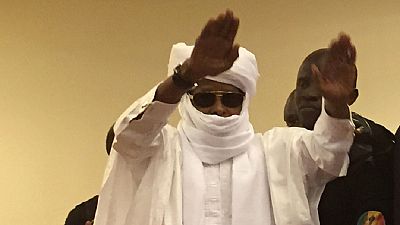 Jailed ex-Chadian leader Hissene Habre has been granted provisional release by prison authorities in Senegal where he is serving jail for atrocities committed during his presidency years back.

His lawyers had requested provisional release, but the prison administration decided to grant him a 60-day release permit. Once that time has passed, Habré will return to prison, the report added.

The Special African Court, CAE, a body created by Senegal and the African Union (AU), sentenced Habre in May 2016 to life behind bars, an unprecedented ruling for a former African leader by a neighbouring country.

Later in July, the court further ruled that Habre should give up to 30,000 euros ($33,000) to each victim of abuses committed during his 1982-1990 rule, as well as to their relatives. Per computation, approximately 82 billion CFA francs or more than EUR 125 million will be paid to nearly 7,400 victims.

He was toppled in a coup in 1990 and subsequently arrested in 2013 while on exile in Senegal and arraigned for crimes during his eight-year stay in power from 1982 to 1990. He was convicted of rape, sexual slavery and ordering killings and torture of thousands of political opponents.