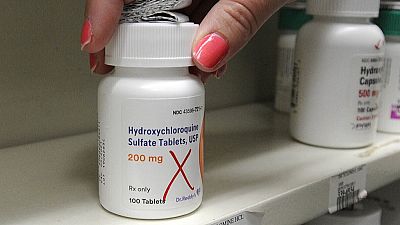 <p><span class="caps">COVID</span>-19 patients on hydroxychloroquine heal faster, a Senegalese doctor has disclosed. Moussa Seydi, Head of the Infectious Diseases Department at Fann Hospital in Dakar made the announcement after 55 people had recovered from the virus.</p> <p>“We have found out that patients undergoing treatment, especially under specific treatment such as hydroxychloroquine, heal faster.</p> <p>“But as I said earlier, when it comes to science, observation alone is not enough, and extensive research is needed before a theory can be validated. But the results that we have seen reassure us and reassure my entire team and we will continue in this direction,” Seydi stressed.</p> <p>Senegal has as of April 6, registered over 220 cases of <span class="caps">COVID</span>-19. Of those cases, 82 have recovered with two deaths. The first death was of Pape Diouf, a celebrated journalist and illustrious sports administrator who was once boss of French side, Olympique Marseille.</p> <p>The Senegalese government has been rolling out measures to contain the spread of the virus. The 60th independence anniversary was muted because of the pandemic. Government has announced it will roll out over 2.1 million dollars to fight the pandemic. </p> <p><strong><em>Photo caption: Pharmacist Amanda Frank reaches for a bottle of Hydroxychloroquine at the Medicine Shoppe on Hazle Street in Wilkes-Barre, Pa., Tuesday, March 31, 2020. Chloroquine and a similar drug, hydroxychloroquine, have shown encouraging signs in very small and early tests in treating seriously ill <span class="caps">COVID</span>-19 patients. The new coronavirus causes mild or moderate symptoms for most people, but for some, especially older adults and people with existing health problems, it can cause more severe illness or death. (Mark Moran/The Citizens’ Voice via AP)</em></strong></p> <style>.embed-container { position: relative; padding-bottom: 56.25%; height: 0; overflow: hidden; max-width: 100%; } .embed-container iframe, .embed-container object, .embed-container embed { position: absolute; top: 0; left: 0; width: 100%; height: 100%; }</style><div class='embed-container'><iframe src='https://www.youtube.com/embed/f6Ox7o8ekaU' frameborder='0' allowfullscreen></iframe></div>