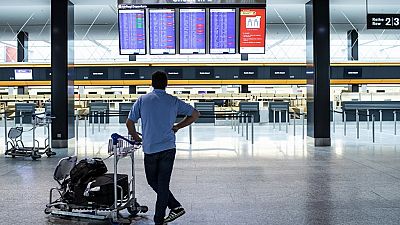 Reports from Liberia indicate that 24 hours after recording its index case of COVID-19, a second case has been confirmed.

The man worked as a domestic worker for the country’s first patient – a government official who arrived in the country last week from Switzerland. But news around the index case continues in the country after the said patient was suspended from official duties by president George Weah.

Nathaniel Blama, the head of the Environmental Protection Agency, had refused mandatory quarantine when he flew in from Switzerland, local media portals reported. His refusal is said to have precipitated the suspension. He has denied refusing to obey health protocols.

Meanwhile, President Weah has suspended all school activities including those of universities for one week from 17 March, a statement from the information ministry says. Other African countries have suspended academic work for minimum of two-weeks to a maximum of one month.

The Liberian government through the Ministry of Information has confirmed the index case in the West African country.

A statement issued by Minister Eugene Lenn Nagbe said the patient was Nathaniel Blama, the head of the Environmental Protection Agency, who tested positive on Monday morning having returned from Switzerland on Friday.

The announcement was made on state-run radio and according to reports sparked panic in the capital, Monrovia. A similar situation played out in Ethiopia and Kenya when index cases were recorded. People rushed to buy especially hand sanitizers and face masks.

The panic comes despite the minister’s assurance that measures are in place to control the spread of the virus. Authorities say contact tracing was underway to identify persons that had come into contact with the patient since his entry into the country.

The only West African countries holding out for now include Benin, Guinea-Bissau, Cape Verde, Mali, Niger, Sierra Leone and The Gambia.