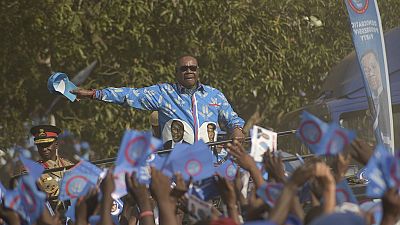 Malawian president Peter Mutharika has dissolved his cabinet with immediate effect and transferred all ministerial powers, functions and responsibilities to the presidency, local media outfit The Nation newspaper reports.

A 13th March 2020 statement from the Chief Secretary to the government Lloyd Muhara, confirmed the new arrangement which comes in the run-up to the May 19 rerun of presidential polls that were annulled in February.

The DPP – UDF alliance announced in late February is seen as a move by Mutharika to consolidate his voter base ahead of a rerun in which his main challengers are his former VP Saulos Chilima and main opposition candidate Lazarus Chakwera.

The Office of the President and Cabinet (OPC) charged all members of the dissolved cabinet to consult the Chief Secretary to the government for appropriate administrative arrangements, the statement added.

The UDF governed Malawi between 1994 and 2004, and has 10 parliamentary seats. The DPP has 61 while the main opposition Malawi Congress Party has 55. The UDF is led by Atupele Muluzi, who served in Mutharika’s government before last May’s presidential election.

This coalition comes a day after Malawi’s parliament set May 19 as the date for a fresh presidential election after a court overturned last year’s vote, citing widespread irregularities.

Parliament on Monday also amended the Electoral Act, another of the Constitutional Court’s orders. The amended law allows for a runoff election within 30 days if no candidate receives a majority of votes.

Mutharika and the electoral commission of the southern African nation have appealed the court ruling. Mutharika has 21 days to decide whether to approve parliament’s decisions.

The ruling early this month was the just the second time that a court in Africa had nullified the results of a presidential election, after a Kenyan court did so in 2017.