<p>Nine lives were lost over the weekend in western Cameroon in a bomb attack attributed to English-speaking separatists. The deceased comprised five members of the security forces and four civilians.</p> <p>According to a government statement, about fifty “heavily armed secessionists” attacked a security and police station in Galim, in the West Province, the majority of whom were French-speaking. Fifty houses were also burnt down. </p> <p>In addition, separatists detonated a homemade device that created panic in the English-speaking city of Bamenda, in the north-west of the country, to disrupt the activities of International Women’s Day. </p> <p>One person was killed and seven others were injured. English-speaking rebels in Cameroon have been fighting since 2017 to create an independent Anglophone state in most of the western regions of the Francophone country. </p> <p>According to the UN, the conflict has claimed the lives of more than 3,000 people and forced half a million people to flee to French-speaking regions of Cameroon or to neighboring Nigeria.</p> 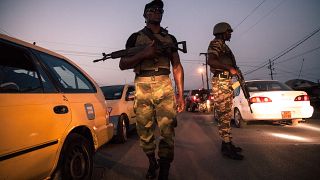