One to five: Ethiopia gets four new federal working languages 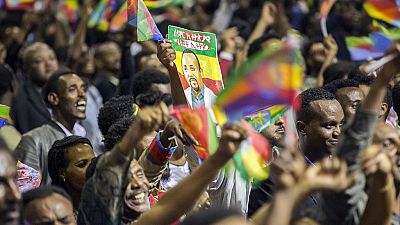 Ethiopia’s Council of Ministers announced after their last meeting (February 29, 2020) that it had elevated four regional languages to the status of working federal government languages.

The four are: Afaan Oromo (spoken by the most populous Oromo group), Tigrinya (used by the Tigray group), Somali and Afar (spoken by the Afar people).

Until now, Amharic was the sole official federal government language along with a heavy dose of English, which a current Minister once called the defacto second lnaguage of Ethiopia

The country’s Ambassador to the US, Fitsum Arega also said in a tweet that English had been included as an official federal working language as per the language use and development policy.

Ethiopia largely due to the fact that it fended off colonialism did not have to adopt English, French, Portuguese of Spanish as most African countries did from their colonial masters. Amharic (spoken by the Amhara group) has been the official language for decades now.

It was made the official language by Emperor Haile Selassie in a move to unite the country’s diverse population and to facilitate communication. Experts have long held that given that it was imposed by the elite of a particular ethnic group, it has long fuelled tension by other groups.

Amharic is from the earlier Ethiopian language of Ge’ez. It is said that nearly 22 million Ethiopians speak it as their first language. Regional governments in the country however operate with their own languages.