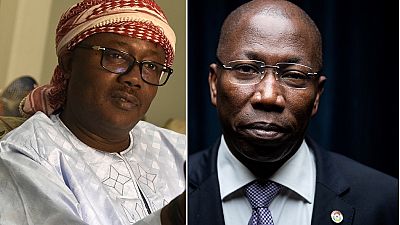 Guinea Bissau’s political crisis continues to escalate following the failure by the two presidential candidates to agree on the outcome of December’s election.

While ex-prime minister and military general Umaro Sissoco Embalo was declared winner of the presidential election by the electoral commission, the ruling party rejected the results and challenged them in the Supreme Court.

Last week, Embalo swore himself in as president, while the African Party for the Independence of Guinea and Cape Verde (PAIGC) which enjoys a majority in parliament also installed a rival president and prime minister.

In this article, we retrace the timeline of how this crisis unfolded.

Guinea-Bissau’s army was on Monday asked by a bloc of West African countries to remain neutral in the country’s deepening political struggle.

The 15-nation Economic Community of West African States (ECOWAS) said it “firmly condemned” the latest developments in the country, which it was “following with great concern”.

Those developments include the “successive investiture of two heads of state outside of legal and constitutional frameworks and the co-existence of two prime ministers,” ECOWAS said in a statement.

Since Friday, the army has moved into several of the country’s institutions, including ministries and the national assembly, as well as well as taking control of local radio and television stations.

It is not known whether the army has chosen a side in the political tussle.

ECOWAS said it had noted with “great concern the interference of the defence and security forces in the political sphere, and urges them to stay out of the political arena and observe a position of absolute neutrality”.

Guinea’s speaker, Cipriano Cassama who had been elected by parliament as president resigned from office on Sunday, citing the risk of civil war and danger for his family.

“I decided to take this decision to avoid confrontation between the forces on the other side and the forces that guard me, and also to avoid a … civil war.’‘

Despite not being in the December ballot Cassamá was appointed by parliament, the majority of whose lawmakers have refused to acknowledge Embalo’s victory.

Guinea-Bissau’s military deployed at key state installations in the capital on Saturday, following the installation of two rival presidents in the West African country.

On Friday, Embalo, the winner of the contested December vote dismissed Aristides Gomes as Prime Minister and replaced him with Nuno Gomes Nabiam.

Gomes denounced his dismissal as unlawful and a ‘military coup’.

Armed soldiers kept guard at the Prime Minister’s residence in Bissau while anti-riot police also took positions near by. There was also a remarkable military presence at the state broadcaster’s offices in the capital.

Military personnel remained deployed the offices of Gomes on Saturday, according to an AFP correspondent.

Embalo swore himself in at a hastily organised ceremony on Thursday despite an unheard case challenging his victory at the Supreme Court. Domingos Simoes Pereira filed the petition arguing that the vote had been rigged.

The outgoing president Jose Mario Vaz who backed Embalo after losing in the first round of the presidential election, handed over power to him in Thursday’s inaugural ceremony.

Pereira described Embalo’s inauguration as illegitimate, arguing that the Supreme Court is still considering his party’s request to annul the vote over alleged irregularities.

After Embalo’s inauguration, Guinea’s parliament where the party of Embalo’s challenger Domingos Simoes Pereira holds a majority swore in Cipriano Cassama as interim president on Friday.

Perreira first filed a complaint to the Supreme Court on January 3, 2020 challenging the election results. According to him, votes surpassed the number of enrolled voters at some polling places.

Four days later, the electoral commission Embalo as winner of the presidential ballot.

“The Supreme Court ruling has been scrupulously followed,” the commission said in a statement. “All that remains to do is follow the swearing-in procedure.”

The Supreme Court has since criticised the electoral commission for not respecting its orders to conduct a full audit of the vote.

It is not however clear when the court when will rule on the latest PAIGC complaint, which was filed on February 26, 2020.

Guinea’s National Electoral Commission (CNE) declared Embalo winner of the presidential election run-off, an announcement that was immediately contested by the ruling party.

According to the CNE, 47-year-old Embalo polled 54% of the vote versus 46% for the ruling party candidate Pereira.

“I call for union, reconciliation and concord for a peaceful life in Guinea Bissau,” Embalo told a press conference on Wednesday in which he also promised to revive the education and energy sectors.

“We must believe in ourselves and put ourselves to work to create wealth and develop the country.”

Perreira who won the first round of the presidential election in November with 40.1% of the vote compared to Embalo’s 27.7% cited fraud in the run-off, telling his supporters he would file a complaint to the Supreme Court.

“There has been an infringement of the electoral truth and the most legitimate rights of the people of Guinea Bissau,” he said.

Guniea-Bissau is no stranger to political crises. Former president Mario Vaz’s tenure was dominated by back and forth fights with Pereira and Gomes.

Many hoped that a new election would end the political bickering. If anything, it seems on track to worsen it according to observers.

Pereira’s party, PAIGC has dominated Bissau politics since the country got independence from Portugal in 1974. During that time, the country has seen nine coups or attempted coups.

The next president of the country faces an uphill task to combat widespread poverty and an unstable political system in which the majority party appoints the government but the president can dismiss it.

There have been seven prime ministers since Vaz took over in 2014 and instability has hurt the economy, which depends heavily on volatile prices for cashew nuts, the main income source for more than two thirds of households.