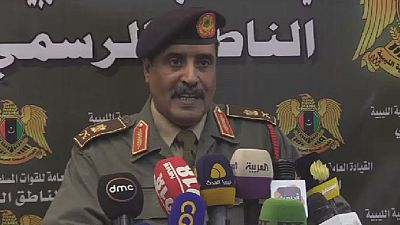 It follows claims that forces loyal to eastern commander, Khalifa Haftar were hampering the UN’s aid and peace efforts.

“We do not give permission to land at a base controlled by a colonizer (Turkey), as this may cause any operation against these aircrafts or against these individuals and thus, we will be accused for it. You (Salame) can use Misrata Airport, it is open for civil and private flights, and it receives dozens of flights daily” said, LNA spokesperson, Brigadier General Ahmed al-Mosmari.

We do not give permission to land at a base controlled by a colonizer (Turkey).

The United Nations Mission to Libya, in a statement issued on Wednesday morning, expressed regret that its regular flights flying staff to and from Libya did not obtain permission to land.

It added that the matter was repeated on several occasions over the past few weeks.

Libya has been in turmoil since 2011, when a civil war toppled longtime dictator Moammar Gadhafi who was later killed.

On Wednesday, the UN’s Security Council endorsed a 55-point road map for ending the war in Libya. It also condemned the recent increase in violence in the oil-rich North African nation.