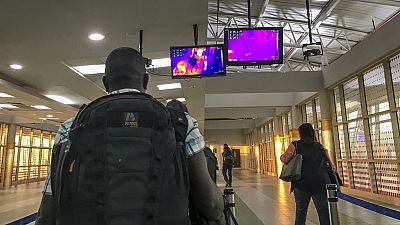 Some analysts have expressed worry over the level of preparedness of African countries to combat the prevailing coronavirus.

The outbreak of the new coronavirus, which has now claimed more than 900 lives, claimed its first non-Chinese victim, a black American some reports said.

“Is Africa prepared? I will say that Africa is preparing.” He outlined a three-pronged system that defined the response in the African Region. He said Member States needed support to ensure: Early detection, Rapid response and Awareness among citizens.

Whiles the infection rate increases rapidly across mainland China, Hong Kong over the weekend, started to impose drastic quarantine measures in an attempt to stem the spread of the disease.

Meanwhile, African countries have also stepped up efforts especially at their points of entries as people fly in from affected areas. Senegal and Libya have intensified security measures. At the Tripoli airport some measure have been put in place to curb the spread of the virus.

Passengers are screened for symptoms in and out of the airport. Libyan authorities are also concerned about particularly with their citizens in China. The airport has also beefed up medical support team as suspected cases are placed under quarantine.