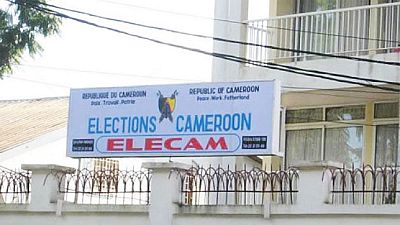 Cameroon voted Sunday in polls overshadowed by a partial opposition boycott and separatist violence that has displaced hundreds of thousands of people.
Elections for the central African country’s legislature and local councils are taking place for the first time in seven years, after two postponements.
They are unlikely to ruffle the enduring rule of President Paul Biya, one of the world’s oldest and longest-serving leaders, who has held a tight grip on power for 37 of his 86 years.
As voting began large numbers of police and soldiers were seen deployed on the streets of Buea, the capital of the Southwest Region, one of two provinces gripped by bloody separatist violence.
But the polling stations in the city were almost deserted an hour after they opened at 8am (0700 GMT).
The main opposition party, the Movement for the Rebirth of Cameroon (MRC) is refusing to field a single candidate.
The boycott will all but guarantee a crushing victory for the ruling Cameroon People’s Democratic Movement (RDPC in its French initials), which in the outgoing legislature had 148 out of 180 seats.
The other large opposition party, the Social Democratic Front (SDF), which currently has 18 seats, will take part in Sunday’s vote, going back on a threat to snub it.
In the capital Yaounde, it appeared that enthusiasm for the vote was subdued, with no crowds outside polling stations as they opened in the district of Briqueterie.
“I want to do my duty as a citizen,” said Abdias Lah, one of the few voters to cast an early ballot.