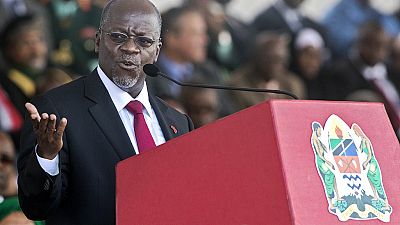 <p><strong>Tanzania’s main opposition Chadema party on Monday called for electoral reforms, saying the country’s constitution must be amended to guarantee the independence of the electoral commision.</strong></p> <p>The country’s commitment to democratic practices was also questioned by Sweden who on Monday said it would reduce aid ahead of a general election later this year.</p> <p>President John Magufuli’s long-ruling <span class="caps">CCM</span> party won 99 percent of seats in November local government polls that the United States and Britain said lacked credibility and transparency.</p> <p>Magufuli came to power in 2015 as a corruption-fighting “man of the people” but has since been criticised for his authoritarian leadership style.</p> <p>He is due to run for a second term in polls due in October.</p> <h2 style="font-size:16px;">Sweden blow</h2> <p>Sweden announced on Monday it was reducing aid to the East African nation due to “the negative democratic developments in the country”, the latest donor country to take measures against Tanzania’s rights clampdown.</p> <p>Sweden’s embassy said it was shifting its support to “focus on marginalised groups and the defenders and bearers of democracy.”</p> <h2 style="font-size:16px;">Electoral reforms</h2> <p>Opposition Chadema party chairman Freeman Mbowe had earlier said the constitution needed to be amended to ensure an “independent electoral commission” because the president can appoint and revoke its leadership.</p> <p>Chadema also called for a rerun of the local government elections boycotted by the opposition last year, and formation of a reconciliation team to rectify the current political environment, Mbowe said.</p> <p>“Our country’s unity is deteriorating,” Mbowe wrote in a letter sent to Magufuli, which he read out to reporters on Monday.</p> <h2 style="font-size:16px;">United States on reforms</h2> <p>The US embassy made similar calls last week.</p> <p>“We urge the rapid and transparent registration of voters, the creation of independent electoral commissions, and the early accreditation of credible long and short-term, national and international election observers,” the US embassy said in a statement.</p> <p>Meanwhile, Zitto Kabwe, an MP and leader of the opposition party, the Alliance for Change and Transparency (<span class="caps">ACT</span>), called on Monday for international support to put pressure on the government.</p> <p>“With elections now just months away, it is critical that they apply the necessary pressure on the government to ensure the process is free and fair,” Kabwe wrote in an opinion piece for the African Arguments website.</p> <p>“They must stand up for Tanzanians so they can choose their own future without fear and avoid being forced into a one-party state against their choosing.”</p> <p><strong><em><span class="caps">AFP</span></em></strong></p>