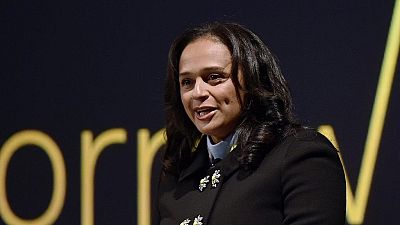 <p>The case of Isabel dos Santos is a major test of Angolan President Joao Lourenço’s determination to fight corruption in an oil-producing country where one third of the population lives below the poverty line.</p> <p>Isabel dos Santos, 46, daughter of former president José Eduardo dos Santos, is accused of fraud, embezzlement and money laundering by her country’s judiciary, which is demanding her extradition. She denounces “a political attack”.</p> <p>The billionaire, nicknamed “The Princess,” who lives mainly between London and Dubai, is accused of “siphoning off Angola’s economy” and fraudulently accumulating a fortune estimated at 2.1 billion dollars (1.8 billion euros), according to the findings of an investigation by the International Consortium of Investigative Journalists (<span class="caps">ICIJ</span>), which is exploiting some 715,000 documents known as “Luanda Leaks. </p> <p>“This is a very important step in the fight against corruption,” said Angolan law professor Rui Verde.</p> <p>“If Isabel dos Santos is prosecuted by the courts, it means that anyone can be prosecuted,” he added, even though Angola ranks 146th out of 180 countries in the ranking of the most corrupt countries drawn up by Transparency International.</p> <p>During his campaign, Joao Lourenço promised to eradicate corruption and revive the country’s economy, which has been at a standstill since the fall in the price of oil, its main resource, in 2014.</p> <p>Angola is rich in oil and diamonds, but revenues from these resources are largely diverted and benefit little of the population.</p> <p>The assets of Isabel dos Santos, proclaimed Africa’s top billionaire by the US magazine Forbes in 2013, and her Congolese husband Sindika Dokolo, have been frozen in Angola.</p> <h2 style="font-size:16px;">Vendetta</h2> <p>It will be more difficult to try the daughter of the former president, who said on Thursday she was “ready to fight in international courts” against “misleading and false” accusations.</p> <p>If she were to escape trial, it would be a blow to the war launched by Joao Lourenço against the remnants of the regime of José Eduardo dos Santos.</p> <p>“A lot is based on this case,” said Mokgabo Kupe, Transparency International’s adviser for southern Africa.</p> <p>“Politically, a lot now depends on how Mr. Lourenço will be able to continue his anti-corruption campaign and ensure an end to impunity” in this area, he continues.</p> <p>The election of this former lieutenant of José Eduardo dos Santos, who ruled Angola with an iron fist for 38 years (1979-2017), has brought about a radical and unexpected change.</p> <p>Since his election, Joao Lourenço has removed those close to his predecessor from the country’s institutions, public enterprises and security apparatus. Some have denounced a vendetta.</p> <p>“There is a danger that this reform process is only selective, targeting only the family and friends of the dos Santos, when there are clearly also people in Lourenço’s entourage who should be prosecuted,” said Alex Vines of the Chatham House think-tank.</p> <p>Isabel’s half-brother, Filomeno dos Santos, who was president of the country’s sovereign wealth fund, has been on trial in Luanda since December for embezzlement of public funds.</p> <h2 style="font-size:16px;">Sabotage</h2> <p>Yet there is an urgent need to improve the country’s economic climate. Plagued by falling oil prices in 2014, sub-Saharan Africa’s second largest oil producer is mired in a serious crisis, and Joao Lourenço is under pressure to create jobs and growth.</p> <p>“This gives particular urgency to the repatriation of funds and the fight against corruption,” says Vines.</p> <p>The Angolan government needs to attract international investors, which can only happen if they are assured of clean and transparent institutions.</p> <p>Prominent figures involved in the fight against corruption seem to have confidence in the authorities.</p> <p>“There is a real will to take back the country (…), because the state has been privatized by the dos Santos family and their friends,” says anti-corruption activist Rafael Marques.</p> <p>But he believes the president’s task is made all the more difficult by the fact that he has to contend with part of his own administration.</p> <p>“There are members of the government who are currently sabotaging Lourenço’s anti-corruption campaign, who continue to think as they did in the past,” Marques said. “We haven’t seen a change of regime, just a change of president. The government is the same as before.</p> <p>This is also the feeling of the opposition.</p> <p>“The ruling <span class="caps">MPLA</span> party is the main culprit for the current state of corruption in our country,” said Liberty Chiyaka, who is responsible in parliament for Unita, the main opposition party.</p>