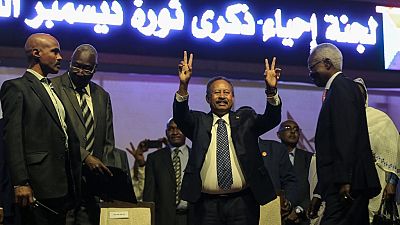 Sudanese authorities on Friday agreed to grant special status to two conflict regions in a preliminary agreement that also called for formation of a unified national army.

Signed in neighbouring South Sudan, the agreement was between a coalition of nine rebel groups and the government after weeks of talks is a key step towards a final peace deal.

The peace talks began in October and aim to end conflicts in Darfur, Blue Nile and South Kordofan, where rebels have fought bloody campaigns against marginalisation by Khartoum under ousted president Omar al-Bashir.

Signing this agreement shows our political will as the government of Sudan to peace.

The latest deal covers key issues around land, giving local authorities the right to make their own laws, power sharing, and the creation of a unified national army.

It was signed by groups from the Blue Nile area and Darfur, however rebels from South Kordofan — who are demanding an autonomous state — did not as they press further demands.

“With this agreement, there (are) so many details including the issues of land that (were) resolved,” said Alhadi Idris, chairman of the coalition, the Sudan Revolutionary Front.

The agreement also addressed legislature for the two areas and gave them the chance to make their laws and to regulate local issues, he said.

The land issues refer to a contentious deal signed under Bashir which gave investors fertile land under 100-year leases. This has been scrapped and leases will be reduced to less than 20 years.

“In Sudan there are so many armies and militias and the rebels also have their forces and … it talks about how to reintegrate all these forces into one national army,” he said.

More details on what was agreed regarding power sharing and local autonomy were not immediately available.

“Signing this agreement shows our political will as the government of Sudan to peace and this peace will change the lives of all the people of Sudan better than ever before.”

Parties from all three conflict-hit regions signed a declaration of principles to allow humanitarian access into conflict-hit areas of the Nuba Mountains in South Kordofan, Darfur and the Blue Nile.

The talks are taking place in Juba, in South Sudan, which broke away from Khartoum in 2011 to become an independent state.

South Sudan President Salva Kiir is mediating, as he himself is engaged in peace talks to end a bloody six-year war in his own country, that have faced numerous delays and hurdles.

“I am happy that you have reached this agreement, although it is not the final agreement and hope you will reach the final one in few weeks,” said Kiir.

“Let me tell you, there is nothing better than peace because with peace you can get anything you want.”